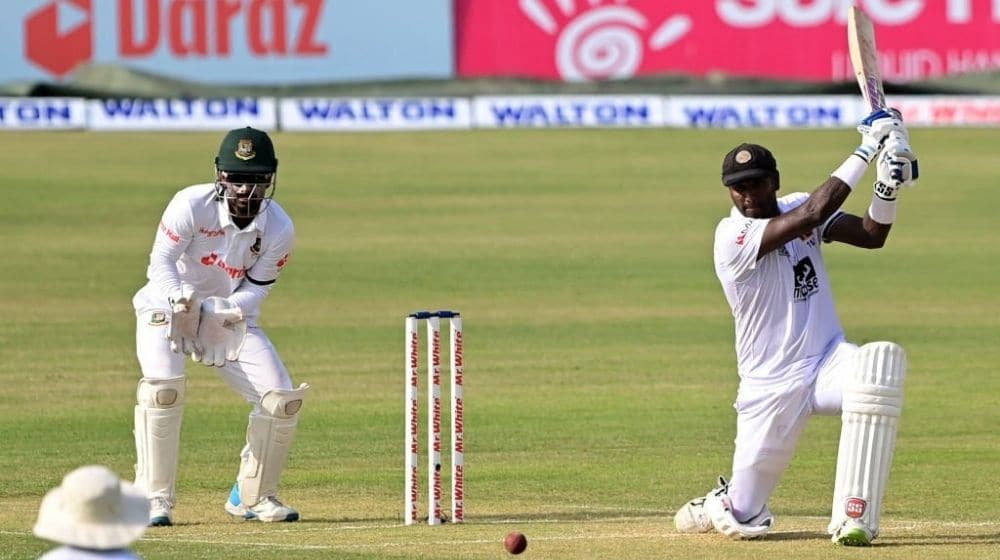 Bangladesh and Sri Lanka have played out a draw in the first match of the two-Test series. As a result, Sri Lanka have dropped crucial points in their hunt to finish in the top two sides in the World Test Championship points table.

Sri Lanka’s percentage of points have dropped from 50.00% to 46.66%, widening the gap between fourth-placed Pakistan and themselves. Bangladesh, on the other hand, have increased their percentage of points from 16.66% to 19.04% but they are still rooted at the 8th spot in the points table.

The Test saw some fine performances from both sides with former Sri Lankan captain, Angel Mathews, scoring a magnificent 199 in the first innings while Bangladesh’s experienced duo of Tamim Iqbal and Mushfiqur Rahim followed it up with brilliant centuries of their own.

With over an hour left for the day’s play on the fifth day, the two captains decided to call it a day and shook hands, signaling the end of the match. The second Test between the two sides will commence on 23 May at Mirpur.

Elsewhere, Australia are still ranked at the top of the points table with 75% of points while South Africa have currently occupied the other finalist spot with 71.42% of points.

Here is the updated World Test Championship points table: (as of 19 May 2022)