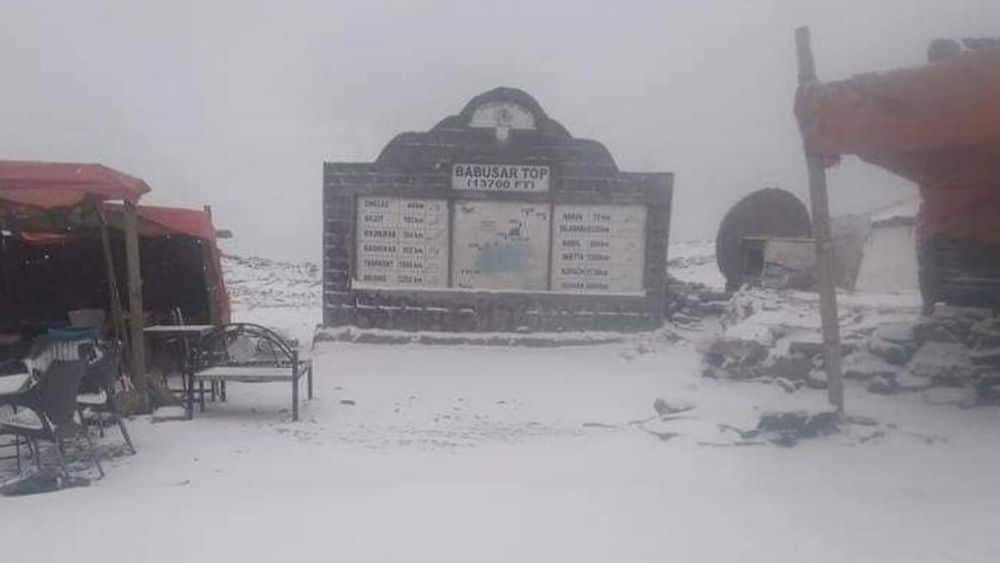 Babusar Top has been closed for all kinds of traffic after the famous tourist spot in the northern areas received continuous heavy snowfall over the weekend.

According to details, the Chilas district administration has shut down the Babusar-Naran National Highway after Babusar Top and its adjoining areas received more than three inches of snowfall.

The administration has directed tourists to postpone their plans to visit Babusar Top and other tourist spots accessible through it until the snowfall subsides, Babusar-Naran National Highway is reopened, and they are officially allowed to visit the area.

Hundreds of tourists in dozens of vehicles got stuck on Babusar Top after the snowfall blocked all roads. The administration rescued the stranded tourists and moved them to safety.

On the other hand, a westerly wave is present above the upper parts of the country. The weather system will persist till tomorrow morning.

Partly cloudy weather with rain and thunderstorm is expected in KP, GB, AJK, Islamabad, and upper Punjab on Monday and Tuesday. Whereas, extremely hot and dry weather is likely to prevail in the remaining parts of the country.