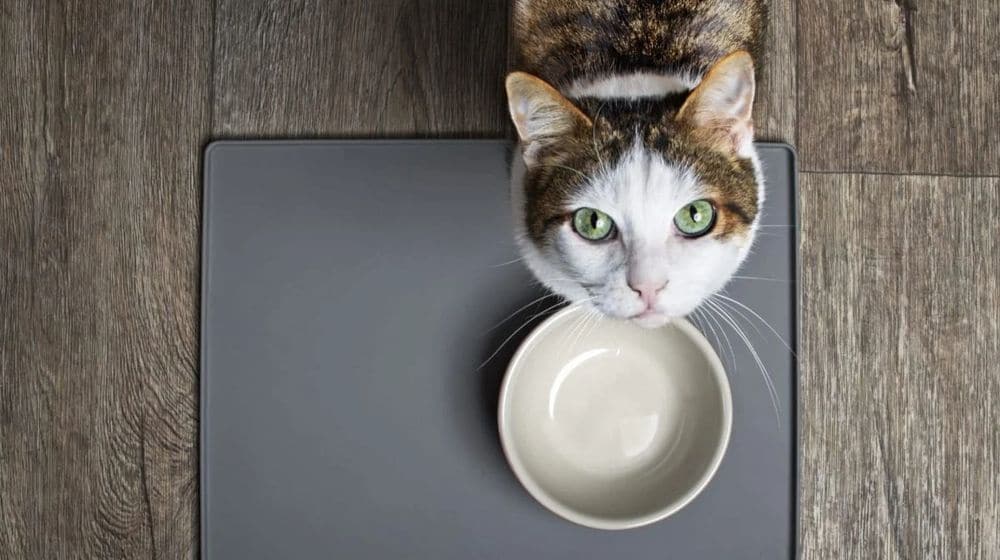 Pet owners and animal carers across Pakistan are in shock after learning that the ban on ‘non-essential and luxury’ items that the Government of Pakistan announced on Thursday in the Import Policy Order, 2022, to tackle the mounting economic crisis, includes dog and cat food with total monthly imports of around $6.4 million dollars.

SRO 598(I)/2022, issued by the Ministry of Commerce, lists ‘Dog and Cat Food’ as one of the several ‘commodities’, including foods, home appliances, ornamental pieces, and apparel, that have been banned.

Millions of upset cat and dog carers are frantically looking to stock up on good quality imported food for their fur babies and are also worried about the impact that it will have if they are forced to switch to substandard locally manufactured brands, if available. Such foods have been known to cause painful early deaths among cats and dogs of all ages.

Many took to social media to share their concerns, with posts ranging from how can pet food be an unnecessary luxury while it is actually a necessity, to the insensitivity of the decision, seeking alternative suggestions (especially for pets with help conditions, who rely only on imported food for medical reasons), highlighting that even vets do not recommend local pet food, to hopes that the government will reverse the ban.

Can we please not ban the imports of pet food? There are no local alternatives #Banned

News anchor Gharidah Farooqi joined the outcry on Friday and tweeted, “Why has Govt banned Cat & Dog Food? This one is not well-advised. This food is not a luxury but a necessary item for those who keep pets. Request to PM @CMShehbaz to kindly lift ban on this item since there is no local food available for these creatures”.

Why has Govt banned Cat & Dog Food? This one is not well advised. This food is not a luxury but a necessary item for those who keep pets. Request to PM @CMShehbaz to kindly lift ban on this item since there is no local food available for these creatures. #AnimalRights pic.twitter.com/6WMu97cAlh

There is a general consensus among animal carers and vets that local pet food is mostly substandard and lacks the nutritional value that foreign pet food brands have as the latter is highly regulated to ensure the utmost standards of hygiene, quality, and safety. A number of Pakistanis prefer to give not just their pets but even stray cats and dogs food from foreign brands because of the health and fatal risks associated with local brands.

Lahore-based advocate, Hira Jaleel, who has a dog and a cat, was irked by the ban and said that it is not economically feasible to switch to the other options that include fresh meats and homemade food.

“A bag of imported dog food costs me Rs. 12,000, covers my dog’s needs with its balanced nutritional content, and lasts nearly a month. Fresh meat is very expensive and does not have the same nutritional value [as packaged food] and has to be accompanied by supplements, which are also imported”.

She sees the ban as an “uninformed decision” and opined that the reason behind it is that the government does not consider animals, which are sentient beings and have a right to good quality food as important enough to be fed, which is why it probably considers feeding even stray cats and dogs a ‘luxury’.

Jaleel, like many other concerned pet owners, dreads her pets falling ill and dying if they are forced to eat local and substandard alternatives.

Pet owners and animal rescuers are familiar with incidents of animals becoming sick after changes in their feed and food brands. Pet owners, animal rescue shelters, vets, and those who feed strays are now dreading the wave of sickness and deaths that they foresee in light of the ban.

Dr. Muhammad Awais at Pets and Vets Hospital Bahria Town, Rawalpindi said that the imported cat and dog foods that are sold at local clinics are manufactured after intensive research and testing, and have several varieties and flavors, many of which are manufactured to target particular needs and health concerns (like renal food for kidney issues, gastrointestinal food, and for pets with urinary stones) with successful results.

He believes that the shortage will “affect the pets’ quality of life,” especially if a pet is known to have been surviving and improving primarily because of the imported food it has been consuming. He explained that such pets would be have to put on medication after the ban, and not all the required alternative medicines are available in Pakistan.

“This will result in long-term suffering of the animal and its owner,” he remarked and added that it will even affect the vets’ treatment plans that do not seem to be feasible.

He said that locally manufactured food is not a viable option from a professional point of view because there is not a lot of reliable research involved and the ingredients are often not “animal-friendly”, besides having slow results (six months to a year) if being used for a medical concern.

Dr. Awais also mentioned that pets, and cats, in particular, are picky eaters and dislike changes in their preferred foods. If forced to, they develop health conditions like loss of appetite, weight loss, coat issues, vomiting, and loose stools.

“These are the grave concerns that pet owners are going to face now, and we already know that animal care is not taken seriously in Pakistan, and those of us who are struggling for animal care and welfare here are simply going to fall a huge step behind,” he remarked.

Ammad Cheema, a pet food retailer at Pet Set in Islamabad, confirmed the ban on dog and cat food as per SRO 598(I)/2022 and said that all their importers have suspended their supplies for now. He highlighted two immediate resultant risks: firstly, exotic pets, house pets, stray and shelter cats and dogs, certain zoo animals, newborns and infants, and those that have chronic health conditions (renal, skin, urinary, etc.) and infections for which they are on vet-prescribed diets rely on imported foods and will suffer greatly because of the ban.

Secondly, no pet food manufacturer can develop and mass-produce it in less than two months in such situations, and if the ban and pet food shortage are 15 to 30 days long, the pet food market will be in a serious predicament regardless, he said.

Cheema continued, “The dilemma is not particular to cats and dogs but extends to the big cat family at zoos and can be confirmed by any vet. Big cats at zoos are prescribed imported cat food, and its dearth will result in their breeding and health complications as well. Even stray dog and cat neutering and spaying NGOs, animal rescues and shelters, and the Chairman Capital Development Authority (CDA) affiliated organization for street dogs will be badly affected by this decision because it is not feasible for the staff to make homemade food for them as an alternative to imported packaged cat and dog food”.

“The entire country is going to be afflicted because the quality of locally produced cat and dog food does not match the standards of the imported foods. There are no equivalent alternative local brands with desirable production capacity and similar health-related results. Conversely, a lot of quarters, be it businesses, pet sellers, or animal shelters, are going to bear the brunt of the ban,” Cheema emphasized.

While cash-strapped Pakistan is looking at dwindling foreign currency reserves, debilitating debt, and rampant inflation, and Prime Minister Shehbaz Sharif tweeted that the “decision to ban (the) import of luxury items will save the country precious foreign exchange”.

The Minister for Information, Marriyum Aurangzeb, stated at a press conference that the ban will be effective immediately.

The ban is being seen as an effort to target the country’s elite and business leaders want the government to consult the World Trade Organization, which regulates international trade, in this regard. On the other hand, pet owners, animal shelter staff, and animal lovers are praying for a reversal of the unreasonable ban on the import of cat and dog food.