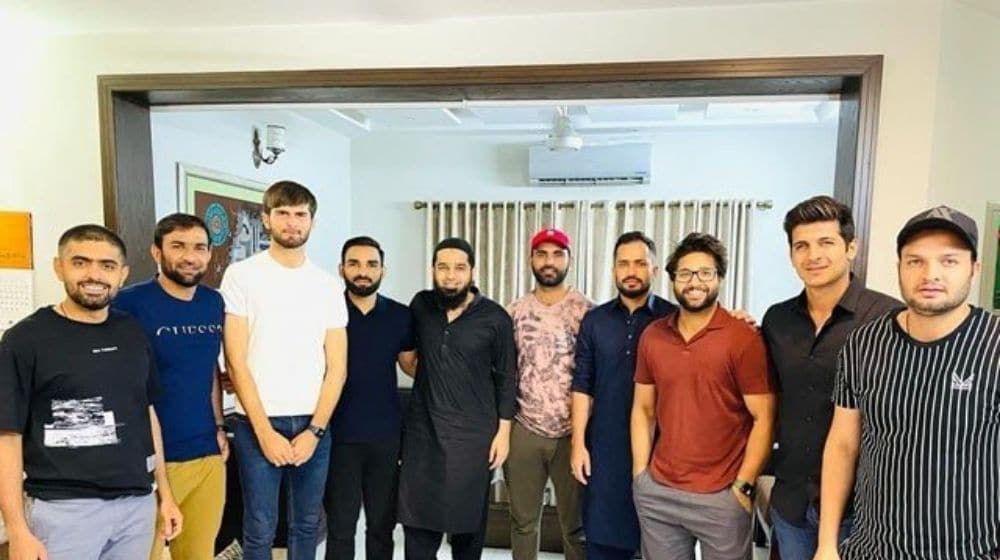 The Pakistan cricket team is in Lahore to participate in the conditioning camp at the National High-Performance Center (NHPC) ahead of the West Indies series and one of the local cricketers is playing the perfect host for his teammates.

The cricketers enjoyed their time at Imam’s who also thanked the fellow cricketers for accepting the invitation.

The opening batter posted a photo with the caption on his social media, “Friends like family! Thank you for coming over guys, was nice to catch up with y’all. Hope everyone had an amazing time.”

Thank you for coming over guys, was nice to catch up with y'all. Hope everyone had an amazing time 🙏🏼#imamulhaq #dinnernight pic.twitter.com/Zz1FJ72j0H

Earlier today, the Pakistan Cricket Board (PCB) announced the 16-member squad for the three-match ODI series against West Indies scheduled at Rawalpindi Cricket Stadium on 8, 10, and 12 June.

Imam was looking in supreme touch in the recently concluded series against Australia as he became the first Pakistani opener to score back-to-back hundreds in Test and ODI cricket against Australia.

Imam has maintained a very solid average in ODI cricket as the left-hander has scored 2,321 in 49 innings at an average of 53.97. His ODI career also includes 9 hundred and 11 half-centuries.