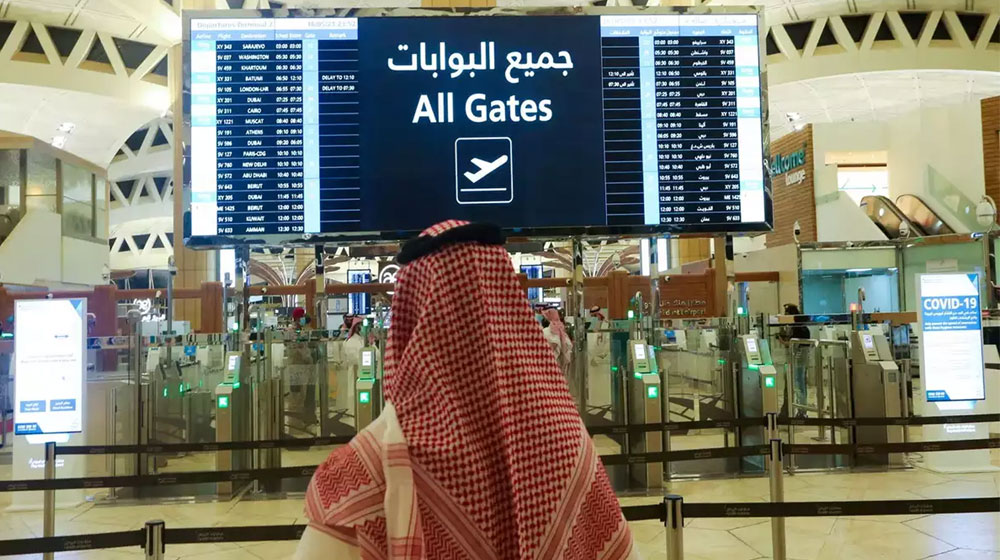 Saudi Arabia has banned its citizens from traveling to India and 15 other countries due to a fresh wave of COVID-19 cases in these countries.

Other than India, citizens of the kingdom are barred from traveling to Lebanon, Syria, Turkey, Iran, Afghanistan, Yemen, Somalia, Ethiopia, the Democratic Republic of the Congo, Libya, Indonesia, Vietnam, Armenia, Belarus, and Venezuela.

Saudi authorities said that the ban was implemented after it observed a consistent increase in the number of daily COVID-19 cases in the previous weeks.

Saudi Arabia’s General Directorate of Passports (Jawazat), which lifted several COVID-19 restrictions towards the end of last year, is now re-imposing some of them as the virus is wreaking havoc in various parts of the world, including China and North Korea.

Although people entering Saudi Arabia no longer need to quarantine, they will require health insurance.

The country has also lifted travel restrictions on Angola, Malawi, and Ethiopia, along with several other countries.

The Jawazat noted that the soft copy of the national ID on Absher and Tawakkalna applications is not sufficient for travel to GCC states.

The travelers will be required to produce the original ID card and the family registry in addition to a document of proof of dependents inside the Kingdom whose holders are unable to travel to the Gulf countries.