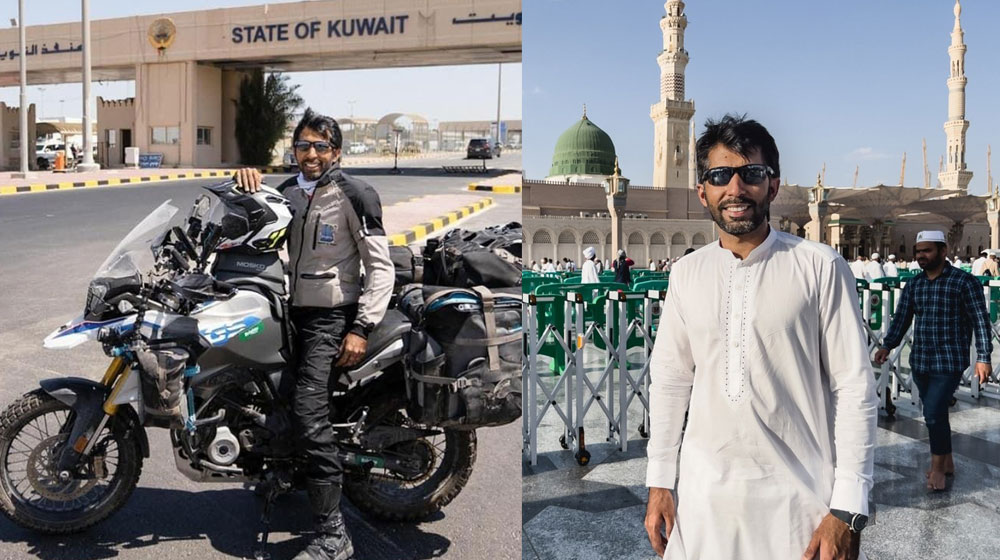 Pakistani biker and Vlogger, Abrar Hassan, has completed a 50-day journey on his motorbike to reach Saudi Arabia for the Umrah pilgrimage.

Abrar, a mechanical engineer with a German automotive company, had already traveled to over 80 countries, at least 12 of them on his motorcycle before he decided to pursue his “greatest dream,” which was a bike ride to Saudi Arabia for Umrah.

In pursuit of his dream, Hassan set out from his hometown of Nankana Sahib on 9 February, embarking on a journey that entailed crossing three continents and riding for 50 days before he arrived in Madinah on 27 March.

From there, he went to Makkah, Islam’s holiest city, and performed the Umrah pilgrimage.

Hassan thanked the people of Saudi Arabia for the “warm welcome” and the love he has received.

Saudia Media made a nice documentary on my travel. Do share it. Thank you https://t.co/IXP0tyhphb

Narrating the one memorable experience from his visit to Saudi Arabia, Arbab said that he met a group of women selling tea.

“When they came to know that I was traveling on a motorcycle from Pakistan to perform Umrah, they didn’t take any money from me and said ‘you are our guest’,” he said.

A video of Hassan’s interaction with the women went viral on the Internet and earned him fame in the kingdom: “Whenever I go out with my motorcycle … the support and love I am receiving right now are just incredible.”

My video which got viral in Saudi Arabia https://t.co/PctWh5NFo2

The affection compelled Hassan to extend his stay in the kingdom and explore other cities. He now plans to visit Jeddah, Abha, Al-Bahah, Jazan, and AlUla near the Jordan border.