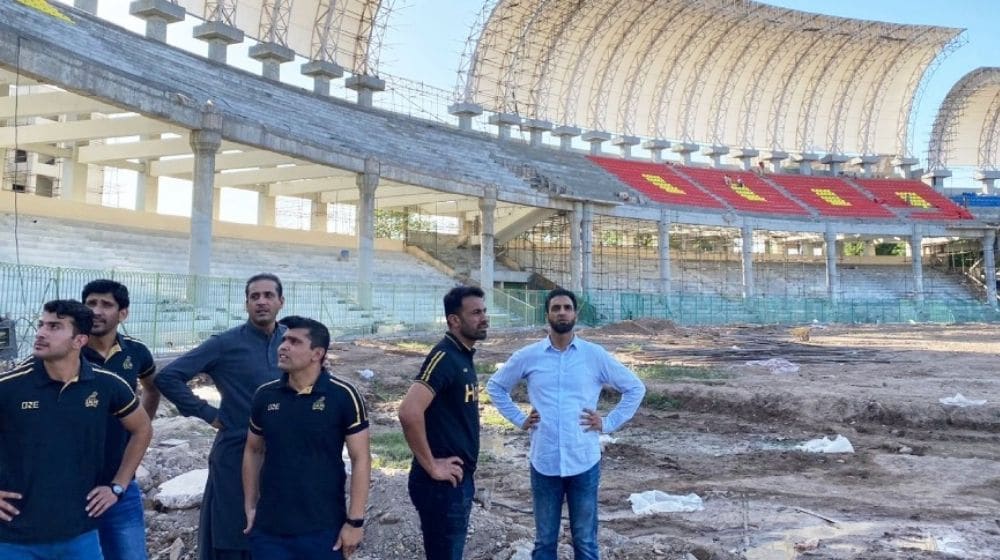 The Pakistan Super League’s franchise, Peshawar Zalmi, has requested the Pakistan Cricket Board to host the upcoming PSL matches at Arbab Niaz Stadium. Currently, the construction work is underway and will soon be completed.

While speaking to the media, Peshawar Zalmi’s Director of Cricketing Affairs, Mohammad Akram, said, “Peshawar Zalmi has requested the PCB to host PSL matches in Peshawar and also asked authorities to complete the construction and renovation of Arbab Niaz Stadium as soon as possible.”

Addressing the closing ceremony of the PSL 7, Ramiz Raja had stated that Peshawar’s Arbab Niaz Stadium and Quetta’s Bugti Stadium will host Pakistan Super League (PSL) matches next year but earlier this month, it was reported that Karachi, Lahore, Multan, and Rawalpindi will host the event.

Peshawar Zalmi’s owner, Javed Afridi also shared the progress of the stadium’s construction on his social media account and revealed that Zalmi fans will see their heroes very soon in the Arbab Niaz Stadium, Peshawar.

The last time Arbab Niaz Stadium hosted an international match was back in 2006 when Pakistan defeated India by 7 runs.

Recently, the franchise has also announced the launch of trials in order to unearth hidden talent in the country which will be followed by a tournament for all the districts.

It is to mention here that the cricket board has announced that they have finalized the schedule for the next edition of the league without consulting the franchises. The event will be held between February 15 and March 31.