The Pakistani Rupee (PKR) continued to slide against the US Dollar (USD) and posted losses in the interbank market today.

It depreciated by 0.24 percent against the USD and closed at Rs. 201.41 after losing 48 paisas in the interbank market today. The local unit hit an intra-day high of Rs. 199.65 against the USD during today’s open market session. So far, the dollar has gained Rs. 14.72 against the rupee in two weeks, and Rs. 18.47 since the new regime came to power. 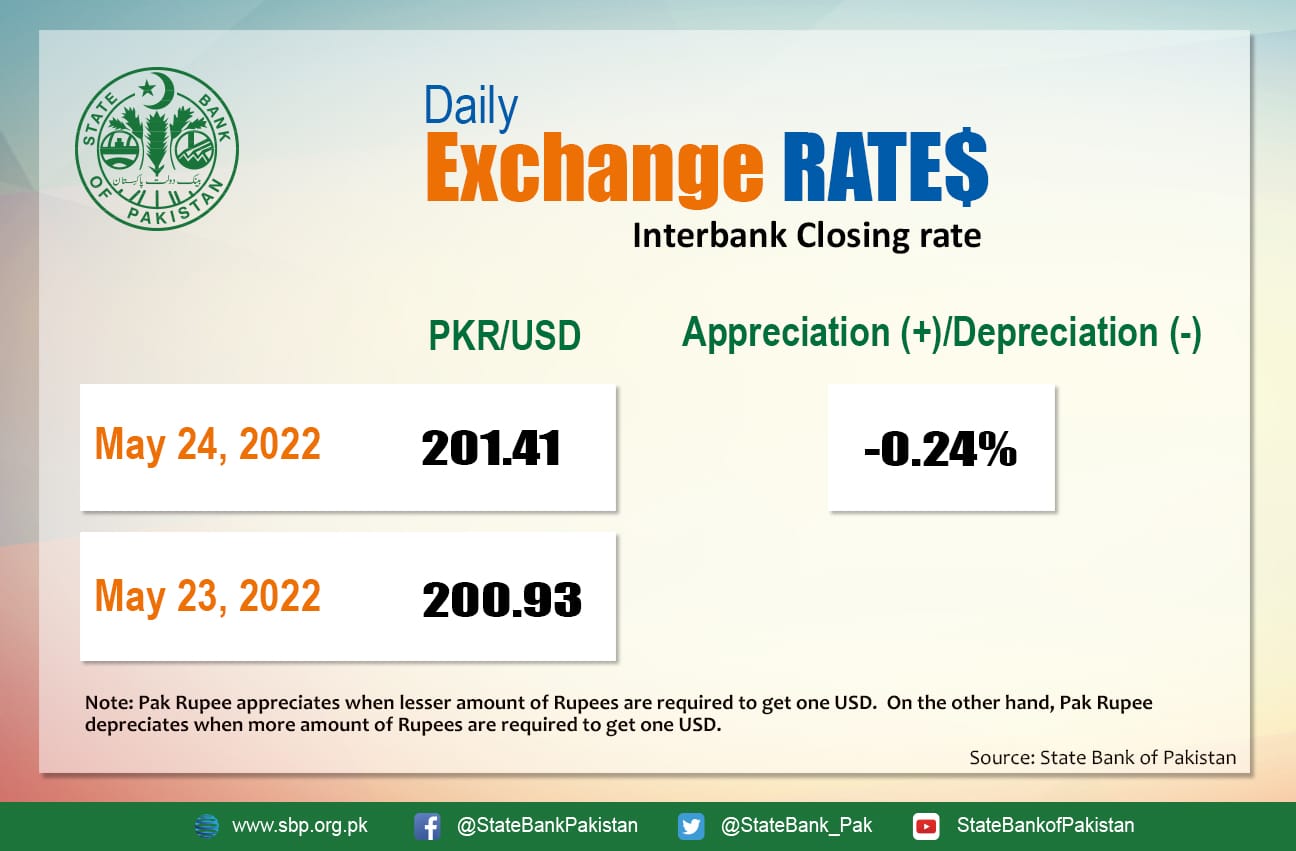 The rupee closed in red against the dollar for the thirteenth consecutive day after the State Bank of Pakistan’s (SBP) Monetary Policy Committee (MPC) raised the policy rate by 150 basis points on Monday to 13.75 percent, the highest rate since May 2011 when the policy rate was recorded at 14 percent.

Subsequent events also indicate that the exchange markets continued to observe bearish signals after the World Bank cautioned the government that Pakistan can lose funding for the “2nd Resilient Institutions for Sustainable Economy (RISE-II)” project if the country fails to complete prior conditions of the project.

Speaking of lenders, talks with the International Monetary Fund (IMF) could be in jeopardy after Finance Minister Miftah Ismail, on Monday, ruled out the withdrawal of subsidies on petrol and diesel, and said that Prime Minister Shehbaz Sharif had eliminated the possibility of ending the subsidies.

In terms of global factors impacting the economy at home, oil prices sustained yesterday’s gains as concerns of tight global supply continued to outweigh trade forecasts for the near term. Brent crude edged a few levels to sit at $113.8, while the US West Texas Intermediate (WTI) crude settled at $110. 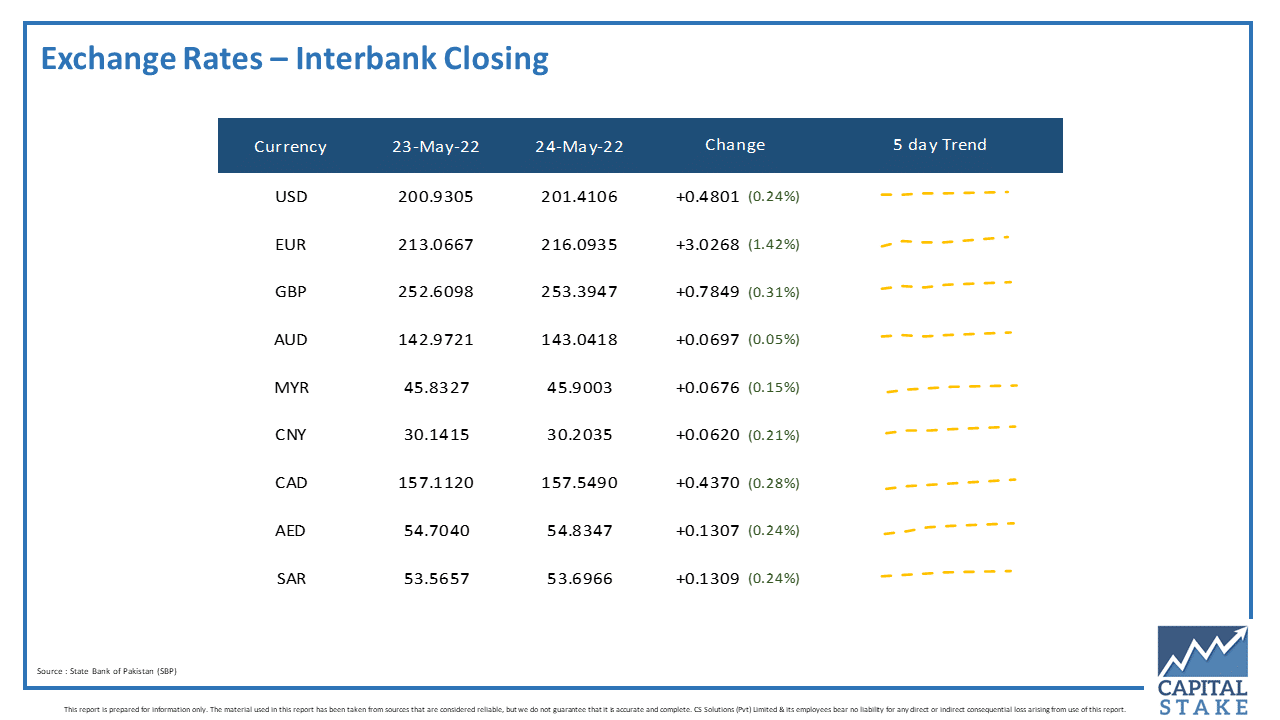 Moreover, it lost 13 paisas against both the Saudi Riyal (SAR) and the UAE Dirham (AED) in today’s interbank currency market.