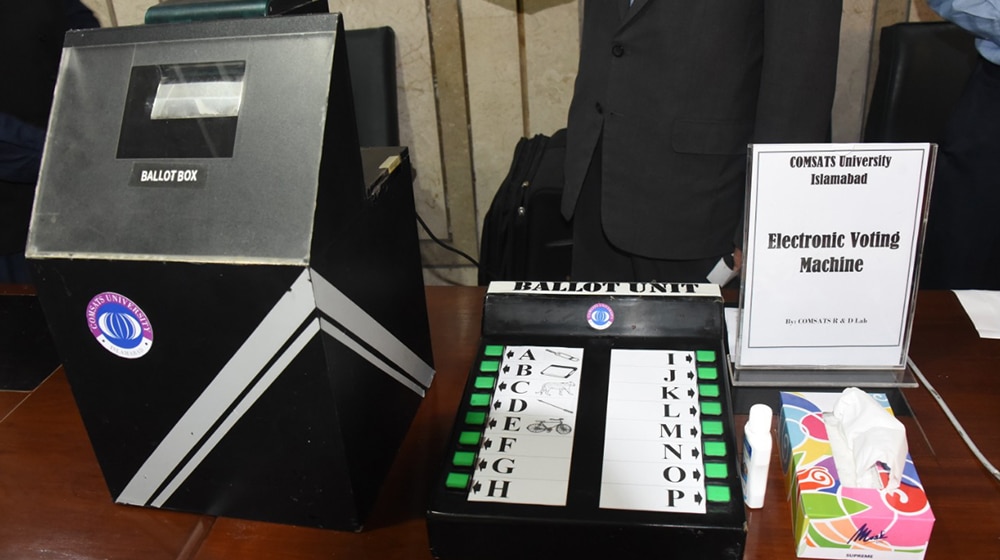 The federal cabinet has approved the Election Amendment Bill, 2022, to reserve election reforms, introduced during the PTI era, for introduction in the National Assembly.

The PTI government had amended election laws to grant voting rights to overseas Pakistanis and made it compulsory to hold elections through electronic voting machines (EVMs).

The cabinet meeting presided over by Prime Minister Shehbaz Sharif also endorsed the decisions taken at the meetings of the Cabinet Committee on Legislative Cases dated 19 May and 25 May 2022.

The cabinet termed the overseas Pakistanis as a valuable asset of the country and stated that it was important to include them in the election process.

However, it stated that the previous government enacted legislation without taking the Election Commission of Pakistan (ECP) into confidence.

“Electronic voting machines and voting procedures for overseas Pakistanis must first be tested as a pilot project,” the cabinet ruled while giving approval for presenting the bill in the National Assembly.

A report on the results of the pilot project will be tabled in Parliament, after which, it will be decided whether the voting procedure for overseas Pakistanis is workable or not.

“Since the ECP has indicated technical difficulties to embark upon conducting elections as per provisions relating to I-voting and EVMs, it is proposed that Section 94 (voting by overseas Pakistanis) and 103 (electronic voting and biometric verification) of the Elections Act, 2017, may be amended or substituted,” the summary said.

The cabinet said that the changes were aimed at restoring amendments made into the original contents of the 2017 act for deliberations in parliament based on the result of future pilot projects.