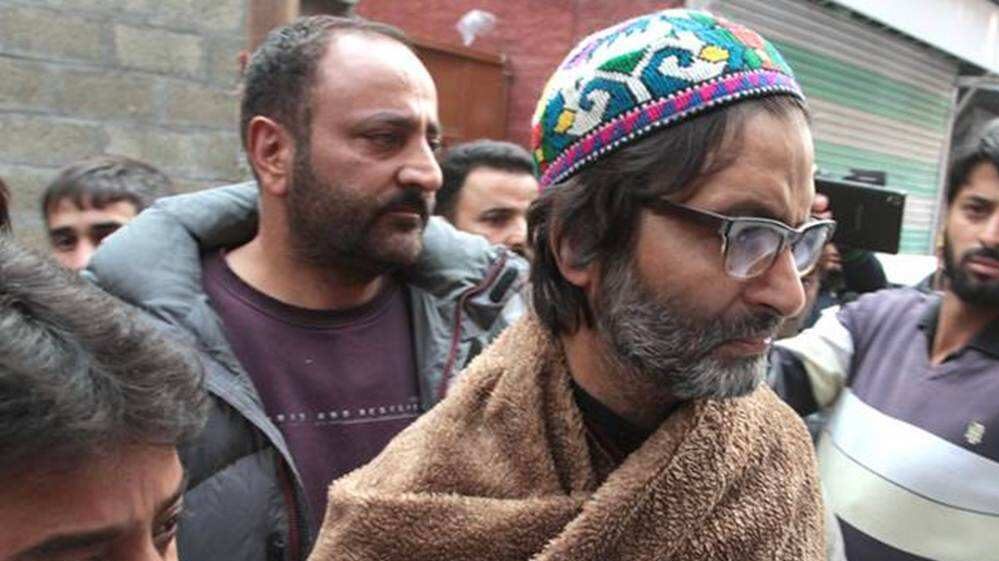 The Indian Charge d’Affaires (Cd’A)in Islamabad was called to the Foreign Office today and conveyed Pakistan’s strongest condemnation and rejection of the malafide conviction and sentencing of Hurriyat leader Yasin Malik in a grossly suspicious and contrived case registered under the draconian Unlawful Activities Prevention Act (UAPA) and Indian Penal Code (IPC), dating back to 2017, filed against him by the Indian National Investigation Agency (NIA).

The Indian Cd’A has conveyed the Government of Pakistan’s strong indignation over the highly reprehensible sentencing of Yasin Malik after his conviction on fabricated charges, denial of a fair trial, and inhuman incarceration despite his deteriorating health, in complete defiance of the Universal Declaration of Human Rights (UDHR) and the International Covenant on Civil and Political Rights (ICCPR).

It was highlighted that by implicating him in a concocted case and carrying out a bogus and one-sided trial, India has again misused the judiciary in the outrageous execution of political vendetta against the Kashmiri leadership. The abhorrent Indian attempts seeking to defile the legitimate struggle of the Kashmiris for their right to self-determination as “terrorism” only substantiate India’s deeply etched credentials as a ‘serial violator’ of human rights and usurper of the fundamental freedoms of the Kashmiris.

The Cd’A was told that the Government of Pakistan remains deeply concerned over the inhuman conditions under which Yasin Malik has been detained in Tihar Jail since 2019.

Recalling the martyrdom of Hurriyat leader Ashraf Sehrai, last year in brutal Indian custody after his victimization and arrest under the draconian Public Safety Act (PSA), the Indian Cd’A was conveyed Pakistan’s grave apprehensions regarding Yasin Malik’s well-being especially given the ruthless treatment meted out to him in the Indian jail despite his chronic ailments which have resulted in a sharp decline of his health.

ALSO READ
No Shortage of Petroleum Products in the Country: Minister

The official was further asked to advise his government to acquit Yasin Malik from all baseless charges, ensure his well-being and arrange for his immediate release from the prison.

Moreover, the Government of India must release all Kashmiri leaders incarcerated on trumped-up charges, halt forthwith the gross and systematic persecution of Kashmiris in the Indian Illegally Occupied Jammu and Kashmir (IIOJK), cease the use of state-terrorism as a policy tool, and let the people of IIOJK determine their own future through a free and impartial plebiscite under the United Nations auspices as enshrined in the relevant United Nations Security Council resolutions.

The international community, cognizant of the worst human rights violations and the atrocities being perpetrated by India in the IIOJK, must take immediate stock of the aggravating situation in the IIOJK and press India to fulfill its obligations under the international humanitarian law and the Charter of the United Nations.