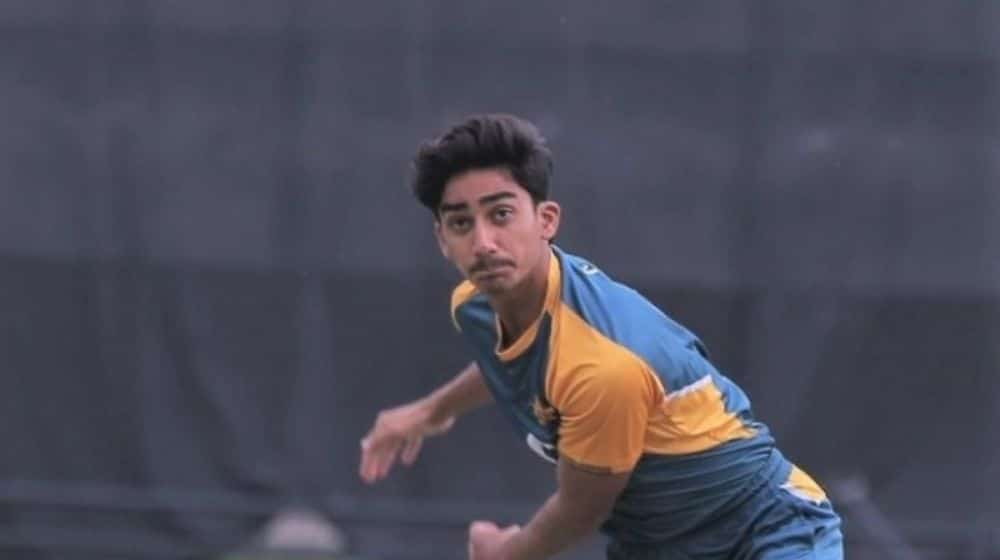 Teenage left-arm wrist spinner Faisal Akram’s beguiling variations have been a salient feature of his short professional career ever since he burst onto the Pakistan cricket scene. Belonging to Multan, the city of saints, Faisal’s obvious potential has allowed him to find success at the domestic level but his journey in the initial years was hampered by a lack of financial support from his family.

Faced with challenges in his path to pursue his passion, Faisal has been greatly assisted by the PCB Pathway Cricket Programme. The 18-year-old is one of the 100 cricketers given contracts under the PCB Junior Development Programme, which serves to hone the skills of youngsters and groom future stars of the game.

Faisal made an early mark on the cricketing horizon when he finished the PCB U16 Pentangular Tournament 2018-19 as the leading wicket-taker. He later graduated to the U19 level with the same success, managing nine wickets in four games for Southern Punjab Whites at the National U19 Cup 2021-22. He later bagged 26 wickets from five outings in the National U19 Championship 2021-22.

In conversation with PCB Digital, Faisal said: “The Pathway Cricket Programme is a great initiative as it provides financial support to families from humble backgrounds. I was personally really happy to be named alongside the 100 cricketers given contracts and my family was equally delighted.

“When I started playing cricket, my parents couldn’t afford to back me because of the monetary constraints. The introduction of this programme has paved the way for me to continue my journey and follow my dream of representing the country and play for a long time.”

The spinner recently took part in the first phase of the National High-Performance Centre conditioning camp in Lahore, where he commented how it was a great learning experience for him to be bowling to some of the high-profile players.

“It is a huge privilege for me that at this age, I am playing alongside great players of the country. It will help me adapt to the pressure you face in a competitive match. Bowling to batters like Babar Azam and Imam-ul-Haq is a great challenge and I enjoy it as it forces you to devise new strategies.”

It is not surprising that Faisal took up wrist spin in a bid to emulate his hero Mushtaq Ahmed. Currently serving as a spin bowling consultant, Mushtaq expressed his excitement at what Faisal has to offer and lauded his talent.

Left-arm wrist spinners are considered to be a rare breed because of their unorthodox skill and if shown the right direction, Faisal can prove to be a match-winner for Pakistan, Mushtaq reckons.

“Faisal is a mystery spinner I have worked with him in the camp previously and he has all the tricks in his bag. We are currently working on his mental toughness and on his body. His body needs to be strong and he will surely improve.

“The thing that inspires me as a coach is talent and Faisal is a very promising cricketer. I enjoy it when he deceives batters in the nets and he is a keen learner of the game.”