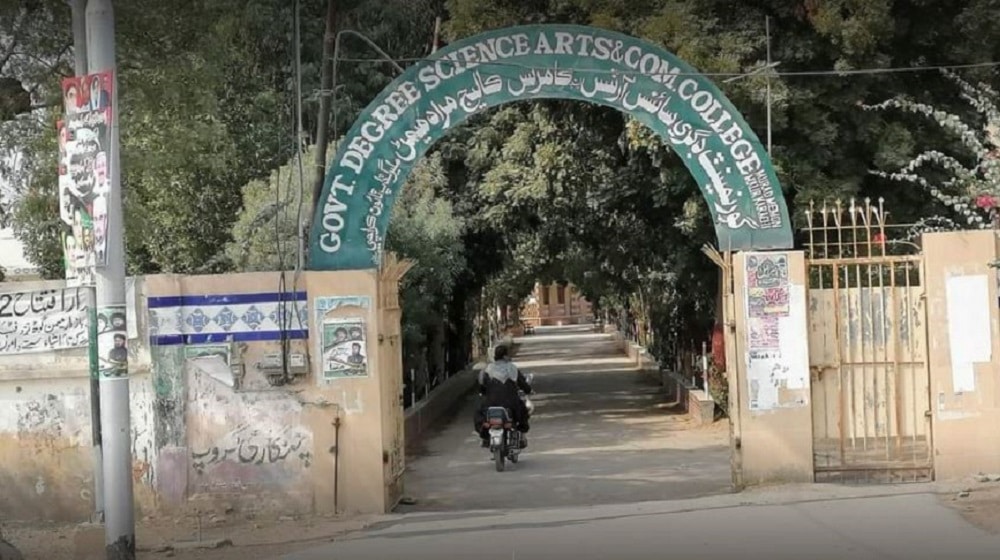 Hundreds of female students were forced to give the matric final paper while sitting on the floor earlier today due to the mismanagement of the Board of Secondary Education Karachi (BSEK).

According to details, the incident occurred at Government Murad Memon School in Malir which has a seating capacity of 500. However, BSEK had designated the school as the exam center for 800 candidates.

As a result, 300 female students were forced to solve the question paper while sitting on the floor without fans in the scorching heat in the provincial capital.

The students also complained about the lack of facilities at the exam center to the BSEK invigilators but to no avail, with several of them experiencing dehydration due to severe heat.

Besides providing basic facilities at exam centers, BSEK has miserably failed to ensure the secure distribution of question papers for the ongoing matric exams.

So far, the final papers for Sindhi language, Urdu, and Computer Science for classes 9th and 10th have been leaked on social media platforms, particularly on WhatsApp, before the start of the exam.