The Pakistani Rupee (PKR) continued to recover against the US Dollar (USD) and posted gains in the interbank market today.

It appreciated by 0.30 percent against the USD and closed at Rs. 197.86 after gaining 59 paisas in the interbank market today. The local unit hit an intra-day high of Rs. 197.25 against the USD during today’s open market session.

From its record-breaking peak of 202.01 against the rupee, the greenback is down by Rs. 4.09 since the coalition government increased petroleum prices last week.

The rupee continued its good run against the dollar for the fourth day in a row after the government on Tuesday decided to keep the prices of petroleum products unchanged despite market expectations of another price hike.

It should be recalled that the International Monetary Fund (IMF) recently emphasized the urgency of concrete policy actions from the Government of Pakistan, including in the context of removing fuel and energy subsidies and the FY2023 budget, to achieve “program objectives” before releasing any funds under its $6 billion bailout program.

Global crude markets slid during the day, dropping below $120 after yesterday’s scare. Brent crude dropped to $117.5 after briefly peaking at $124.10 on Tuesday. The US West Texas Intermediate (WTI) crude shed $5 to settle at $116.5. 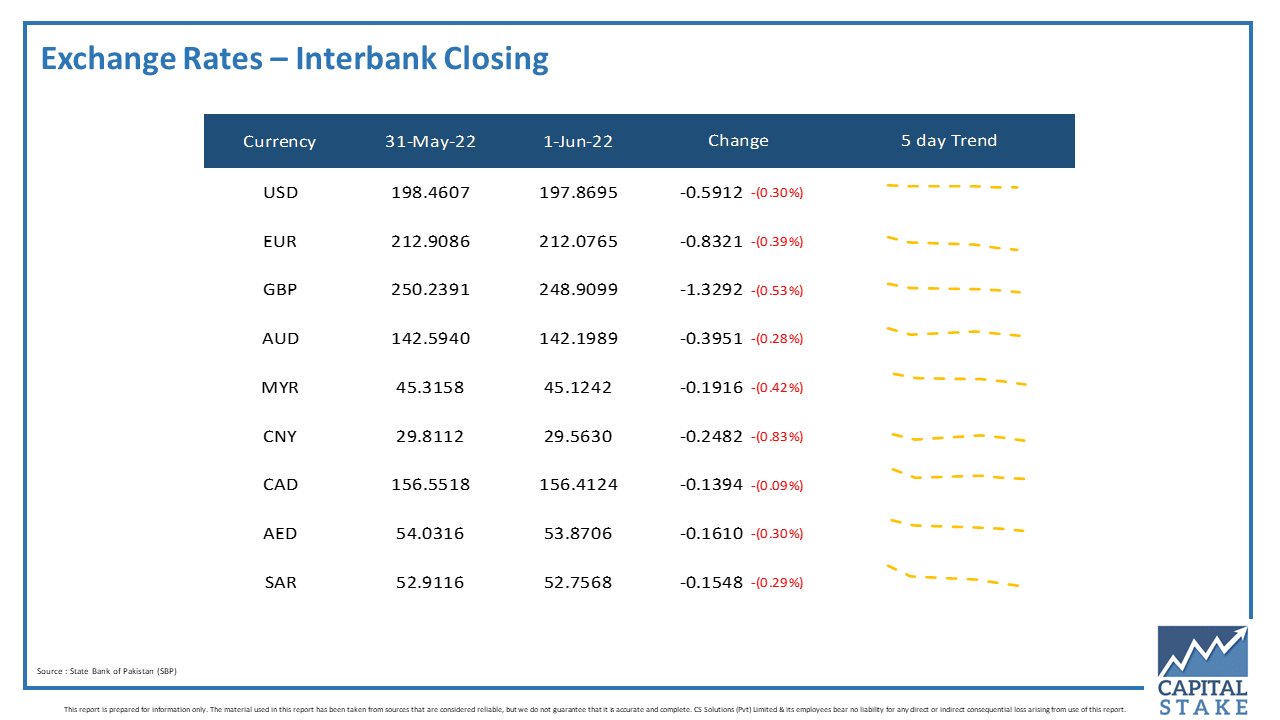