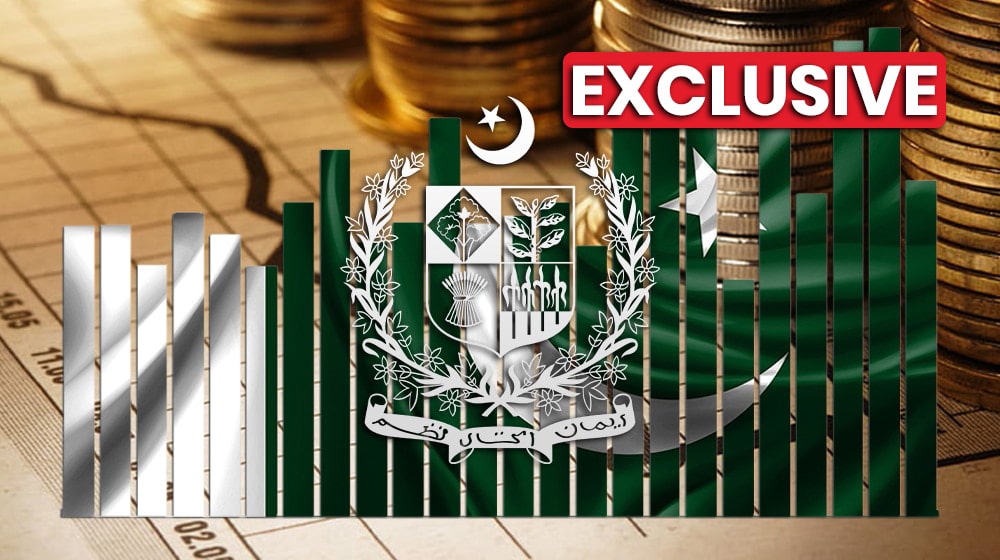 In the consolidated development budget of provinces plus the federal government, Punjab province’s development spending is facing a cut of Rs. 45.72 billion and Balochistan is reporting a reduction of Rs. 48.43 billion. Meanwhile, Sindh and KP’s development funds are registering an increase.

The budget documents exclusively with Propakistani reveal that the government has approved a development budget of Rs. 2,184 billion for the next fiscal year 2022-23 with an increase of Rs. 50 billion against the total outlay of Rs. 2,135 for the outgoing financial year.

The Annual Plan Coordination Committee approved the total outlay of Rs. 800 billion for the federal development budget whereas Rs. 1,384 billion has been allocated as the provincial development share in the next financial year due to start on 1 July.

ALSO READ
Rs. 60 Billion to be Allocated for Sustainable Development Goals in FY23

The recently approved outlay was announced by the Federal Minister for Planning, Ahsan Iqbal, who said that the projects for higher education, energy, and road infrastructure have been prioritized in the development plans.

The documents reveal that at least Rs. 392 billion have been allocated for various divisions and ministries during the next fiscal year. Regarding water and road infrastructure projects, at least Rs. 171 billion will be earmarked for the Water and Power Development Authority (WAPDA) and the National Highway Authority (NHA).

An amount of Rs. 96 billion have been allocated for Azad Jammu and Kashmir and Gilgit-Baltistan in the total development outlay, while Rs. 50 billion has been fixed for the merged districts of Khyber Pakhtunkhwa (KP).

The development budget for Sindh is Rs. 138 billion more than that in the current fiscal year, which is Rs. 217 billion.

The approved development outlay will be presented for approval to the National Economic Council (NEC), which is expected to meet in the next few days. 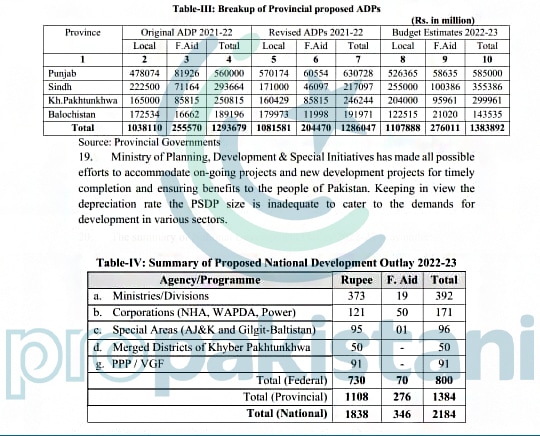