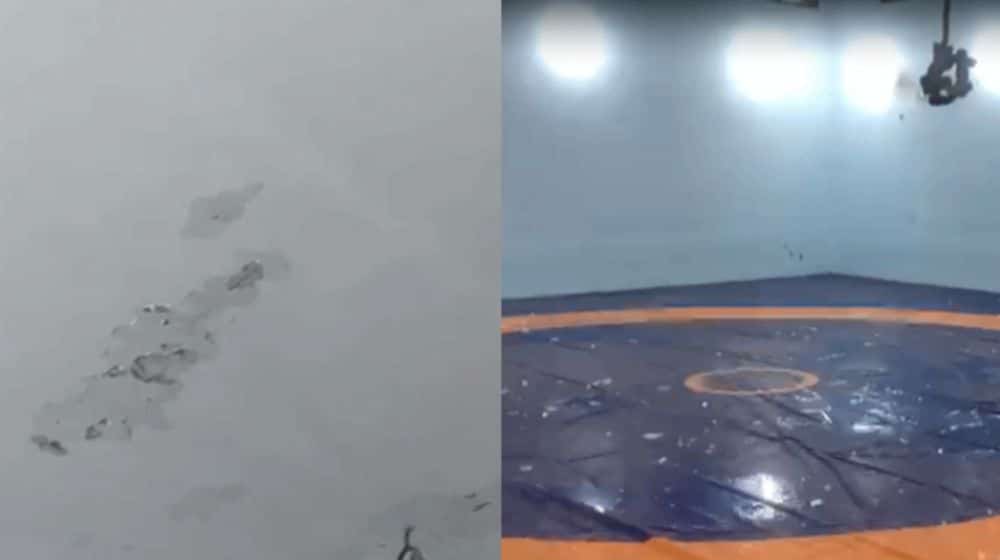 The national wrestlers’ preparations for the upcoming Commonwealth Games came to a halt due to water leakage through the roof of the Pakistan Sports Board’s (PSB) training center.

The preparatory camp for the upcoming Commonwealth Games is currently being held at the PSB coaching centre, but their efforts have been hampered by the rain.

Follow ProSports for all the latest sports news & updates!🏑⚽🏏🎾 pic.twitter.com/NF6JXckKis

Pakistan’s athletes will compete in the 2022 Commonwealth Games, which will be held in Birmingham from July 28 to August 8, and the Pakistan Olympic Association has already put together a list of the 101-member team.

Speaking to the media after the incident, the national wrestlers said that they have been training in the scorching heat for the past month as there is no air conditioning facility in the hall at PSB.

“We have been training in the scorching heat for the last one month. There is no air conditioning facility in the hall, so we had to train in the hot conditions.”

The participants further stated that they were eager to train in the pleasant weather, but the weather caused additional difficulties in the training camp.

“As we were thinking to train in better weather today but unfortunately, more problems came up,” participating wrestlers lamented.”

It is not the first time that PSB is treating the national heroes poorly. Earlier this year, Pakistani olympian, Arshad Nadeem’s training session was also disrupted due to Pakistan Super League’s (PSL) 7 Lahore leg.