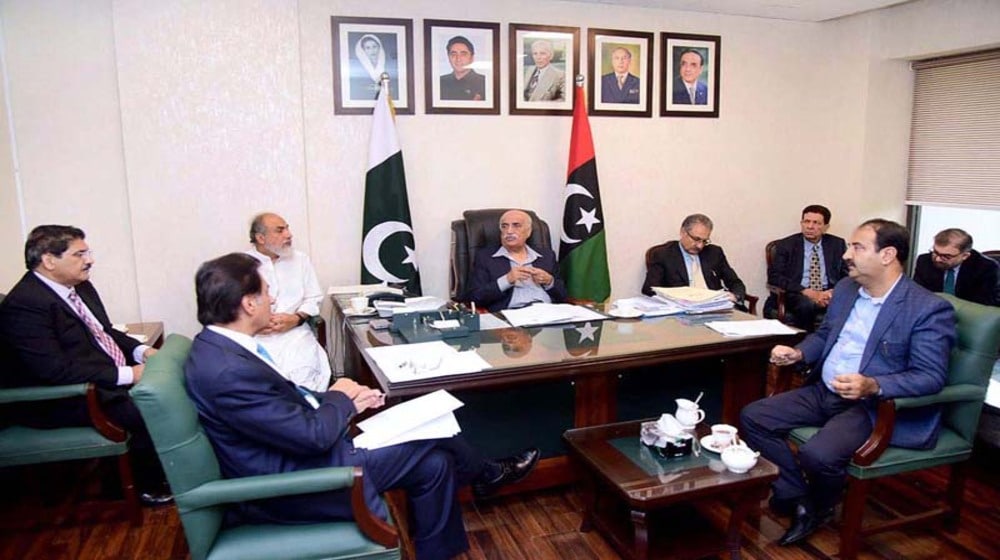 The federal government has decided to work out short, medium and long-term measures for addressing the issue of short supplies of water from Sindh to Balochistan.

Federal Minister for Water Resources, Syed Khursheed Ahmad Shah along with the Minister for Economic Affairs Ayaz Sadiq, chaired a meeting in order to review the situation of short supplies of water from Sindh to Balochistan.

The Joint Secretary (Water) Ministry of Water Resources apprised the forum about the outcome of the site visit of Sukkur Barrage conducted on June 18, 2022.

The forum appreciated the assurance given by the Irrigation Department, Sindh to increase the water supplies of Balochistan in Pat Feeder Canal at RD 109 from 3,000 cusecs to 6,000 cusecs within a period of three to four days.

Considering the limitations conveyed by the Irrigation Department, Sindh to the visiting team from Islamabad, that water supplies to Balochistan could not be immediately improved in Uch and Manuthi Canals, whereas the increase in water supply in Kirthar Canal would also be dependent on increase in river flows at Sukkur Barrage which may take almost a week time, it was decided to workout short, medium and long-term measures for addressing the issue of short supplies of water from Sindh to Balochistan.

The report is being prepared by the Ministry of Water Resources which will be submitted to the committee comprising of Federal Ministers for Water Resources and Economic Affairs.

The meeting was attended by Minister for Science and Technology Agha Hassan Baloch, lawmaker Khalid Hussain Magsi, Secretary Ministry of Water Resources, and IRSA Chairman along with other members of IRSA.