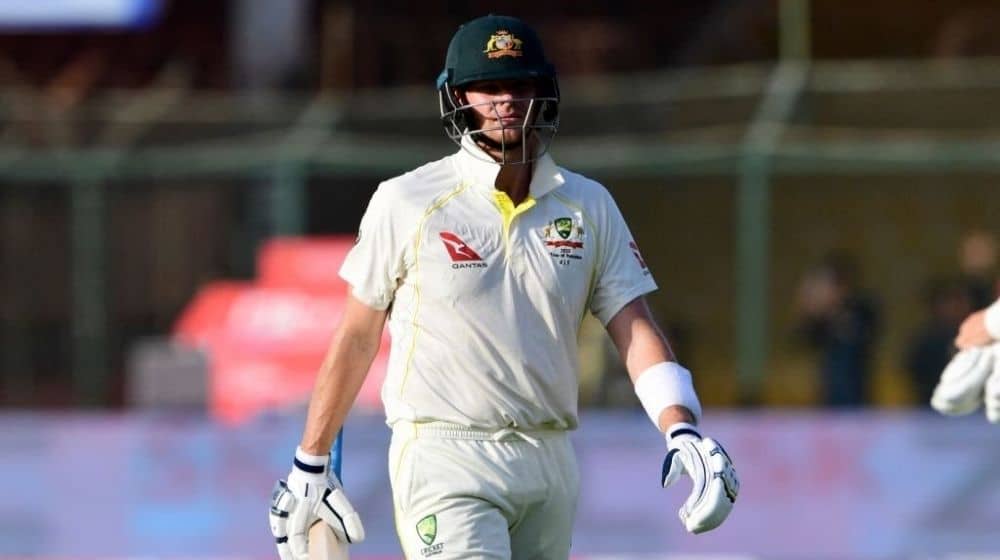 Australian batting great, Steve Smith has revealed that he had a number of chances to cross the three figures against Pakistan but failed to avail them, saying he felt his plans were on track but that he could’ve been a little more aggressive against the spin attack.

“I probably had three opportunities to get hundreds in Pakistan, I just didn’t quite convert them. I feel like my plans were in a pretty decent place, but I could’ve potentially been a bit more aggressive against the spin over there, and played a few more shots.”

Steve Smith scored 226 runs in four innings during the historic Test series against Pakistan. He failed to perform well in the Ashes series last year, scoring 244 runs at an average of 30.50.

While explaining the reason behind failing to convert his 50s into centuries, Smith said that the ball started reversing and it was more difficult as a batter to face reverse deliveries in Pakistan.

“But I was also batting at stages where the ball was reversing quite big and I know as a batter coming in next, it’s probably the toughest thing to face a reversing ball on those kinds of wickets against some good bowlers in (Shaheen) Afridi and Hasan Ali.”

Steve Smith is widely regarded as one of the best batters in Test cricket as the right-handed batter has scored 8,010 runs in 85 matches at an average of 59.8 with 27 centuries and 46 half-centuries.