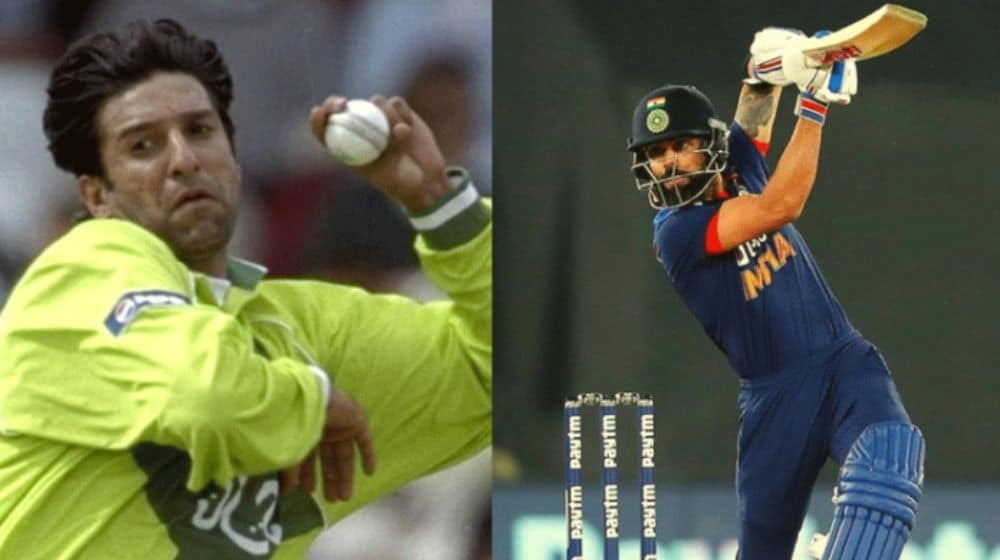 Former Pakistan pacer, Wasim Akram, has revealed his plan if he had to face Indian batting great, Virat Kohli, saying his preferred strategy would have been to swing the ball either toward or away from him and pitch it on the middle stump.

“I would have been quite confident in myself. Two wickets down if he entered the batting at 3 or 4. I would assault them if he was a novice in the crease, will swing the ball either toward or away from him, pitching it on the middle stump.”

Wasim Akram is widely regarded as one of the greatest bowlers in cricket history. He was a member of the World Cup-winning team in 1992 and still holds the record for most wickets by a fast bowler in ODIs.

Wasim Akram, who appears on the ‘To Be Honest’ show, also revealed his backup plan for the Indian star, saying he will go for a bouncer while placing the fielder in deep and then bringing him back to the circle.

“I might switch to Plan B, bowling the bouncer, if that does not work. The fielder should be placed in the deep, and then brought back inside. It is crucial to take several of these minor changes to take him down.”

The former Indian captain is going through a rough patch right now, with his performance in both the national team and franchise cricket coming under criticism. He sat out the South Africa series but will play in the rescheduled Test against England.