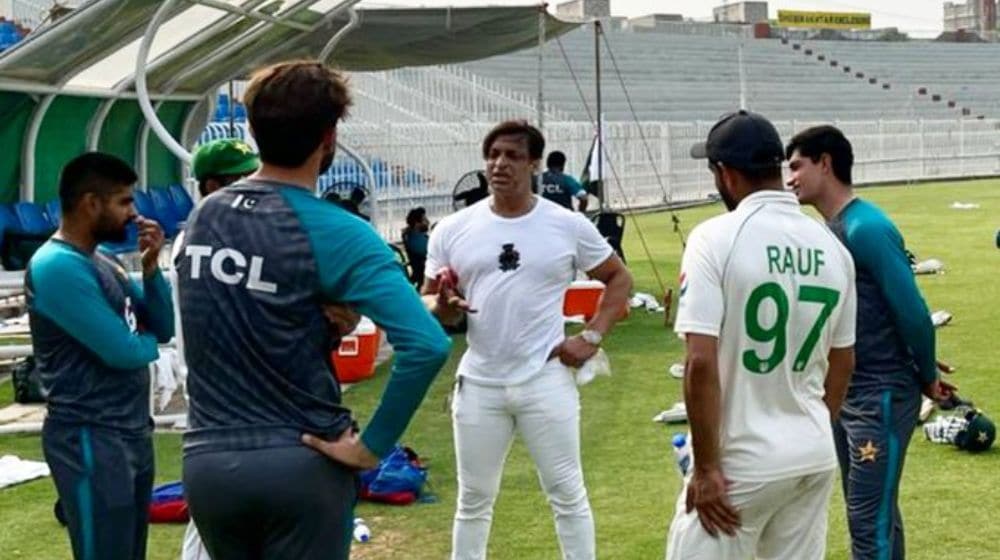 Former pacer, Shoaib Akhtar, paid a visit to Rawalpindi Cricket Stadium on Thursday at the invitation of head coach, Saqlain Mushtaq, where he met with the national players.

The Rawalpindi Express took to Twitter and said, “Met the Men in Green at the Rawalpindi Cricket Stadium on Thursday at the invitation of head coach Saqlain Mushtaq.”

He also shared a picture where the world’s fastest bowler can be seen interacting with skipper Babar Azam, and pacers Shaheen Shah Afridi, Haris Rauf, and Naseem Shah.

The 18-member national squad is currently busy in a six-day training camp that will consist of two two-day practice matches ahead of the two-match Test series against Sri Lanka which will kick off on July 16.

The Babar-led team will play two Test matches against Sri Lanka, the first in Galle from July 16 to 20, and the second in Colombo from July 24 to 28.