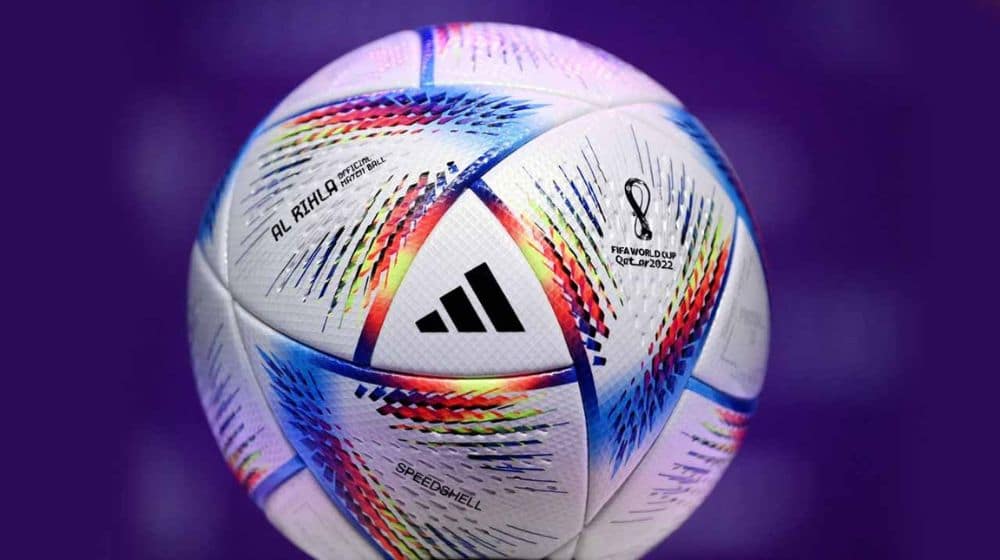 Pakistan, in collaboration with China, is manufacturing footballs that will be used for the FIFA World Cup 2022 in Doha, Qatar, in the winter of this year.

We have once again been chosen to supply footballs for the World Cup, which is an honor for us and a testimony of the quality we have maintained.

Unveiled in March by Adidas in Doha, the official match ball for this year’s World Cup is called ‘Al-Rihla’, which translates to ‘the Journey’ in Arabic.

Although Adidas prevents Forward Sports from revealing the exact number of footballs that it will supply for the World Cup, Akhtar mentioned that it is “not in thousands but millions”.

Regarding the design of the official football, he said, “We have made some changes in (the design of) footballs this time, keeping Qatar’s culture, environment, architecture, and flag in mind”.

Akhtar explained that the footballs will be environment-friendly and ‘thermo-bonded’, and have been created using only water-based inks and glues have been used for the first time.

Thermo-bonded footballs were first introduced in the 2014 World Cup, prior to which Pakistan had supplied hand-stitched footballs for most of the World Cups between the 1990s and 2010. Their panels do not have stitches but are made by attaching the panels through heat — the latest technology that Adidas adopted and passed on to Forward Sports in 2013.

Forward Sports was also the official football provider of the 2014 and 2018 World Cups in Brazil and Russia, and currently produces footballs for the German Bundesliga, French League, and the Champions League. Meanwhile, rising inflation, energy tariffs, and labor costs have not hindered business.

Its Chairman stated that “everything is running smoothly, as we chalked out our plans, keeping all these factors in mind. In fact, we have hired some additional labor to ensure on-time deliveries”.