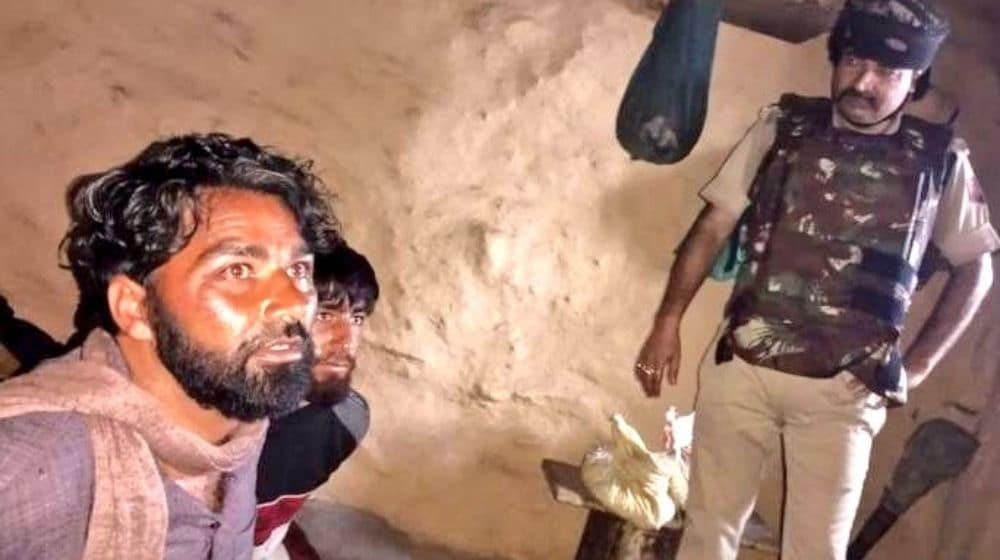 Talib Hussain, who was captured in Indian Illegally Occupied Jammu and Kashmir (IIOJK) on Sunday for purportedly being a militant, was initially said to be a member of Lashkar-e-Taiba by the police. He has turned out to be an active member of India’s Bharatiya Janata Party (BJP).

Police officials stated that he had been caught by locals in Jammu and handed over to the police.

BJP’s spokesperson for its IIOJK unit, Altaf Thakur, denied that Hussain is an active member of India’s ruling party but admitted that he had an ‘online membership’. Additionally, Sheikh Bashir, an official of the BJP IIOJK’s minority group, stated that Talib was a social media in-charge of the party two months ago but had been removed from it.

Another person called Fazal Dar, who the police also claimed was a militant, was also arrested with Talib Hussain from the Pulwama district.

The police stated that they recovered several weapons and ammunition from Hussain and Dar, including three pistols, 47 rounds of AK-47, six bombs, three magazines, a launcher, three hand grenades, and remote antennas.

India’s main opposition party, the Indian National Congress, held a street demonstration in IIOJK on Monday to demand an investigation by the National Investigation Agency (NIA) of Talib Hussain’s links with the BJP, besides a statement from the Home Minister, Amit Shah.

Ravinder Sharma, a spokesperson for the Congress criticized the BJP and said, “The NIA should investigate the role of BJP leaders and their links with Hussain. His presence in the BJP not only posed a threat to the Amarnath Yatra but also to civilians. The BJP compromised with the nation’s security”.

However, BJP’s spokesperson, Altaf Thakur, refuted the allegations and said people like Hussain join the fold by exploiting the online membership facility while simultaneously working with militant groups.

He added that the backgrounds of the people who join the party online could not be checked, and claimed that Hussain had been “planted to target BJP leaders”.

Talib Hussain hails from Rajouri District, IIOJK, and was a carpenter before he became the BJP’s IT and social media cell in charge two months ago.

His family members stated that he is the eldest of four brothers and got married in 2008. It was also learned that he became a father a day before his arrest.

They added that Hussain had joined the BJP in 2017 and had worked in different positions in the ruling party.