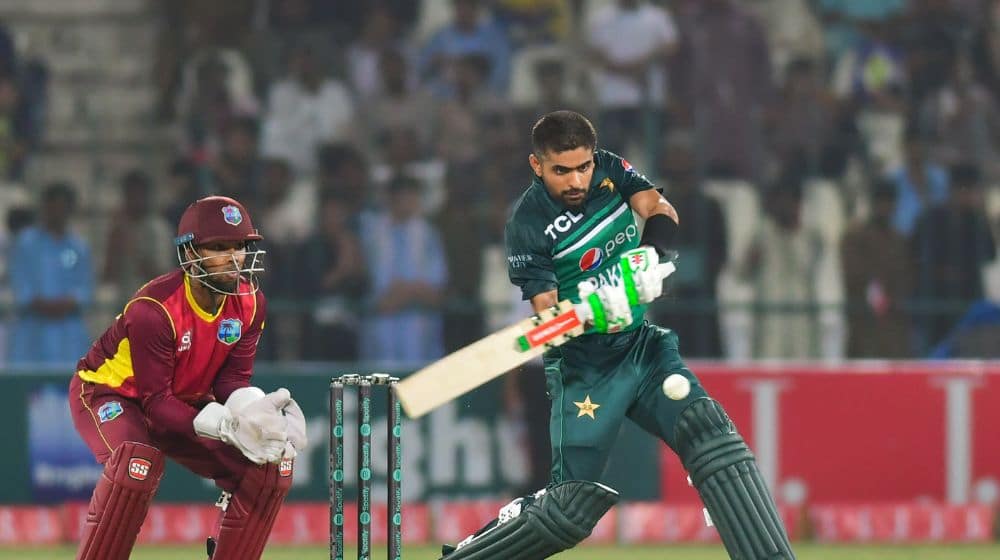 Babar Azam was named Pakistan’s all-format captain in 2020, and he has since delivered phenomenal performances across formats, both as captain and as a cricketer.

Leading the team to third place in the ICC ODI rankings after nearly a decade is proof of his ability to lead the national team.

Recently, in the three-match ODI series against the West Indies, the all-format captain became the first batter to score 1,000 runs in the ongoing ICC ODI Cricket World Cup Super League.

The middle-order batter, who is the No. 1 batter in the ODI format after ending Kohli’s 1,258-day reign, has scored 1,083 runs in 15 innings at an average of 83.30, including six centuries and four half-centuries.

The in-form batter is ahead of Ireland’s Paul Stirling, who has so far scored 916 runs in 20 innings at an average of 45.80 including four centuries and two fifties, while another Ireland batter, Harry Tector, is the third batter on the list.

The ICC Men’s Cricket World Cup Super League started in 2019, with the top eight teams set to automatically qualify for the next Cricket World Cup in 2023, while the bottom five teams will compete in a qualifier before the mega event in India.

The stylish batter recently equaled Waqar Younis’ record for the most Test victories after 12 matches as captain and surpassed the likes of Imran Khan, Saleem Malik, Misbah-ul-Haq, and Wasim Akram.