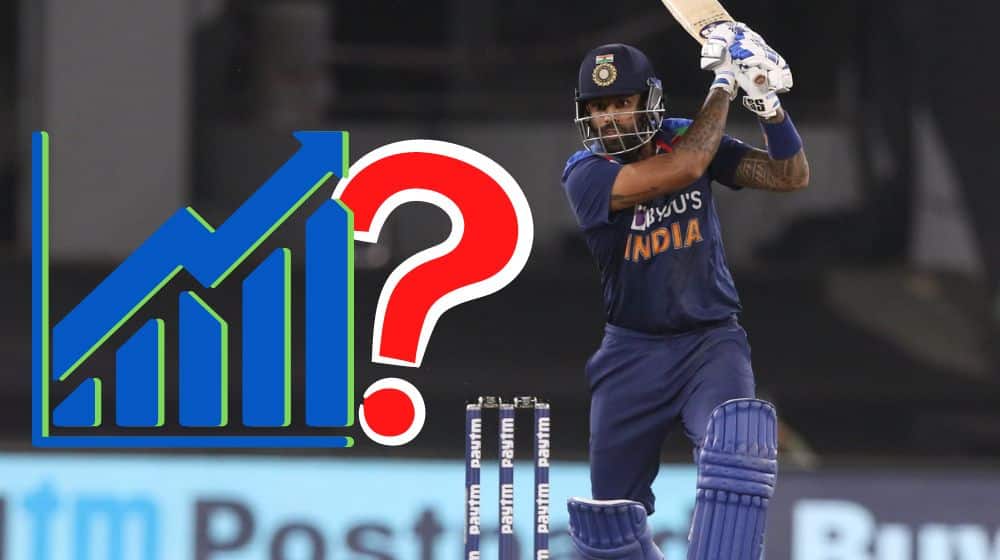 Suryakumar’s meteoric rise in T20I cricket has raised a few question marks on ICC’s ranking system as he moved to the second spot after playing only 22 T20Is in his career. While Suryakumar has been India’s most consistent performer in the shortest format of the game, his record is still not better than Markram and Rizwan over the past year.

The 31-year-old has scored 111 runs at an average of 37.00 and a strike rate of 168.18 in the three matches against the West Indies. Suryakumar registered scores of 24 and 11 in the first two T20Is while he scored a half-century in the third T20I as India gained a 2-1 lead in the three-match series,

In comparison, Pakistan’s ace wicket-keeper batter, Mohammad Rizwan, had to score heavily to enter the top 10 rankings. Rizwan was at the 43rd spot on 1 March 2021 and moved up to the 7th spot on 20 July 2021 after scoring 509 runs at an incredible average of 101.80 and a strike rate of 139.07 including 6 half-centuries in 10 innings during the time period.

The clear bias towards India in the ICC rankings is becoming more apparent and this predicament could prove to be worrisome for the rest of the cricketing nations.