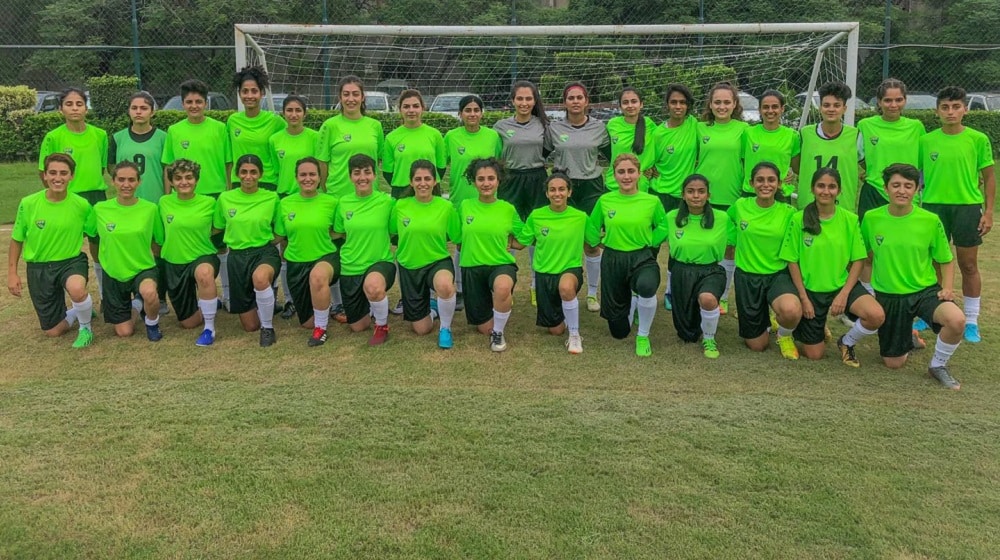 The Pakistan women’s football team has joined the preparatory camp for SAFF Championship at the Pakistan Football Federation’s (PFF) football house in Lahore.

According to the details shared by the federation, the national women’s team assembled at the team hotel before traveling to the football house for a team meeting and receiving their training gear for the camp.

The Pakistan Football Federation called 61 players for trials for the camp earlier this month and selected 36 players, who were chosen by qualified coaches in the previous edition of the National Women’s Football Championship.

It is pertinent to mention here that the Pakistan women’s team will participate in the upcoming SAFF Women’s Championship, which is scheduled for September this year in Nepal.

It will also be Pakistan women’s football team’s first international match in eight years as they last competed at the 2014 SAFF Women’s Championship, which was hosted by Pakistan.

It was also reported that the Pakistan Football Federation has invited Pakistan women cricketer, Diana Baig, to participate in football tryouts ahead of the upcoming SAFF Women’s Championship.