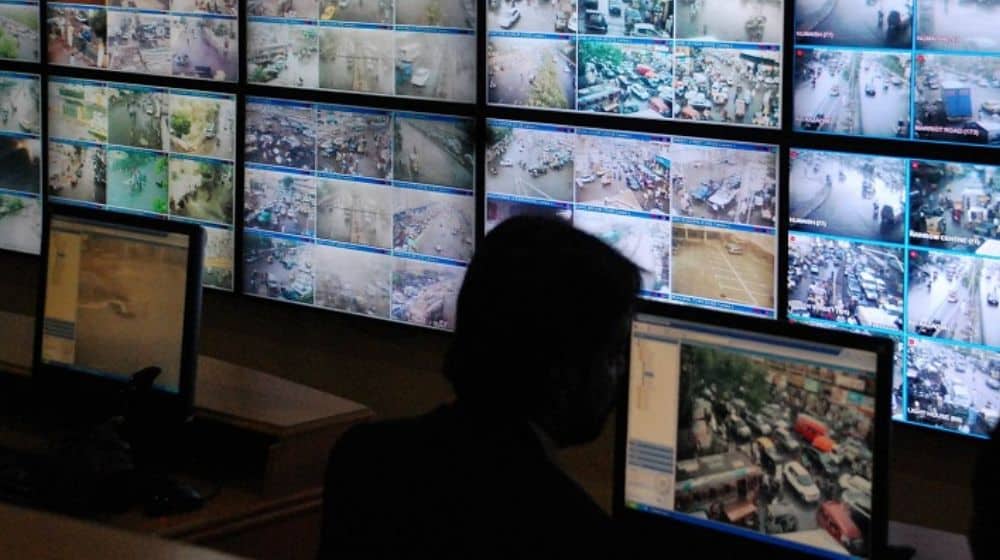 In connection with strict security measures during Muharram, constant monitoring was done in the Central Police Office’s (CPO) Command and Control Center (CCC).

The Director of Information Technology (IT) Sindh Police, Tabassum Abid, revealed that around 2,200 CCTV cameras were installed across the city and six monitoring rooms were established along with the CCC for the supervision of the city and especially the central procession.

She added that the latest technology had been adopted this time and modern CCTV cameras with facial and vehicle number plate recognition were used as a pilot project for the central procession and its surroundings on 10 Muharram (9 August).

While the cameras were linked with the Criminal Record Office (CRO), they identified a number of criminals on the occasion. When a criminal is detected by the cameras, an alert is issued and that person’s criminal record, including crime, arrest, bail details, and other information is displayed on the screen.

Abid also mentioned that the installation of vehicle number plate recognition cameras had also commenced. These cameras issue an alert when they detect a vehicle that is either stolen, was previously stolen, or was reported as ‘stolen’ to the police. They also display linked traffic offenses and other details, including seat belt violations, on the screen.

The director said that 20 cameras of both types were initially installed, and more will be added across the city, and added that the previously installed cameras have been upgraded to improve the performance of the CCC.