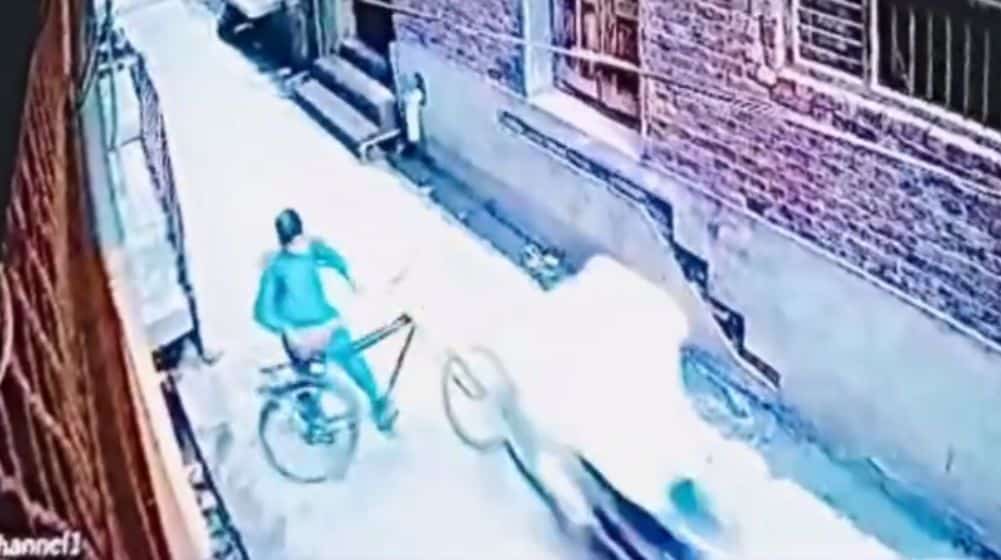 A recent viral video of a boy throwing his bicycle in front of an alleged robber on a motorbike has garnered a lot of admiration for his present-mindedness and bravery.

The incident reportedly took place in Fatehpur, Gujarat, and social media users claimed that the boy in the video attempted to prevent the man who was fleeing on a stolen motorcycle.

ALSO READ
KP to Get its First Eco-Friendly Housing Scheme

The video shows the boy getting off his bicycle in a narrow lane and ramming it into the man on the stolen motorbike. The man fell off the motorbike and sprinted away, leaving it behind.

Interview of this Kid. He said he was invited by DSP who gave him a prize for this bravery. Now listen to what the man says who's bike was robber trying to steal. pic.twitter.com/yHWXXrUW4n

The user who had posted the video, Taimoor Zaman, followed it up with another video of an interview with the boy’s neighbor whose motorbike had been stolen by the thief. The man narrated the entire incident, praising the boy for his bravery. He also explained why the thief was able to run away.

Zaman also mentioned that the boy was invited by the local Deputy Superintendent of Police (DSP) to be given a prize for his bravery.