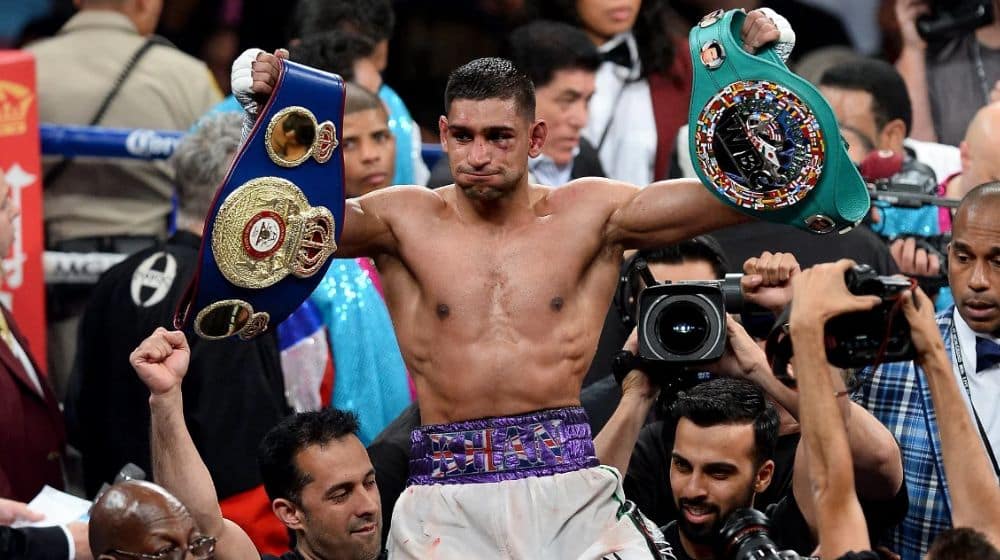 Former professional boxer, Amir Khan, has stated that he has no desire to return to the ring, even if he is offered a large sum for a fight, claiming that he has already said goodbye to the ring and will never return.

Speaking in an interview where a number of topics including his unforgettable career, retirement, and other important events came under discussion, Amir Khan said,  “No, I’m done. Honestly, I’m done [with] the sport.”

Britain’s former light-welterweight world champion, Amir Khan, announced his retirement from boxing after a distinguished career in which he amassed a record 34 victories from 40 contests and faced only six defeats.

When asked about his retirement, the former champion stated that boxing is the most difficult sport in the world, and every player knows when to quit. He admitted that leaving was difficult, but it was the right time to say goodbye.

Amir Khan continued by saying that despite the numerous injuries he sustained throughout his career, he is still grateful to be mentally and physically strong and to have accomplished a lot in sports.

When asked if he would come out of retirement, Khan, who won the IBF title in 2011 by beating American Zab Judah, said that he has done a lot and wants to live the rest of his life happy and see his kids grow up.

It is worth noting that Khan held unified light-welterweight world championships from 2009 to 2012, as well as the WBC Silver welterweight title from 2014 to 2016 while he was also the youngest Olympic boxing medalist from Great Britain.