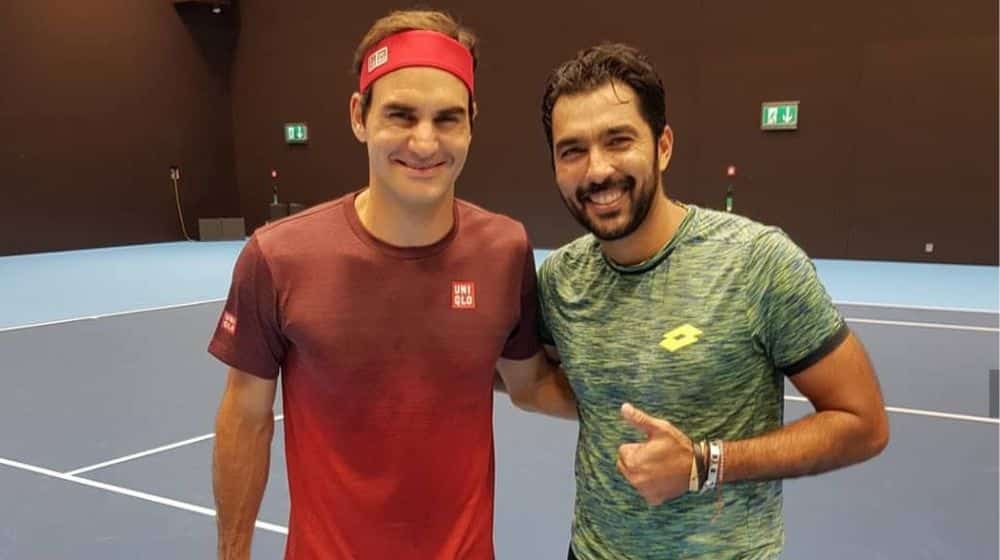 Pakistan’s ace Tennis star, Aisam-ul-Haq Qureshi, recalled an interesting story during his match against legendary Swiss tennis player, Roger Federer, in 2009. Aisam talked about the match during a popular talk show on a local TV channel.

The host asked Aisam if Federer recognized him as the two had previously met ten years before in the junior circuit. Aisam replied that he asked the same question to Federer after the conclusion of the match to which Federer replied that he did because Aisam was the only Pakistani tennis player on the circuit.

Aisam along with his Swiss partner, James Cerritani, faced Federer and Marco Chiudinelli in the Davidoff Swiss Indoor tournament in Basel, Switzerland in 2009. Aisam and Cerritani won the match in straight sets as they outclassed their opponents 6-4 and 6-3.

The 42-year-old is the only Pakistani player in history to win a match against the legendary tennis star and he did it on two occasions. He had beaten Federer before in the junior circuit as well.

Aisam is Pakistan’s most successful Tennis star in history. He is the only Pakistani player to have played in a grand slam final as he finished as the runner-up in US Open Grand Slam on two occasions; once each in the men’s doubles and mixed doubles.