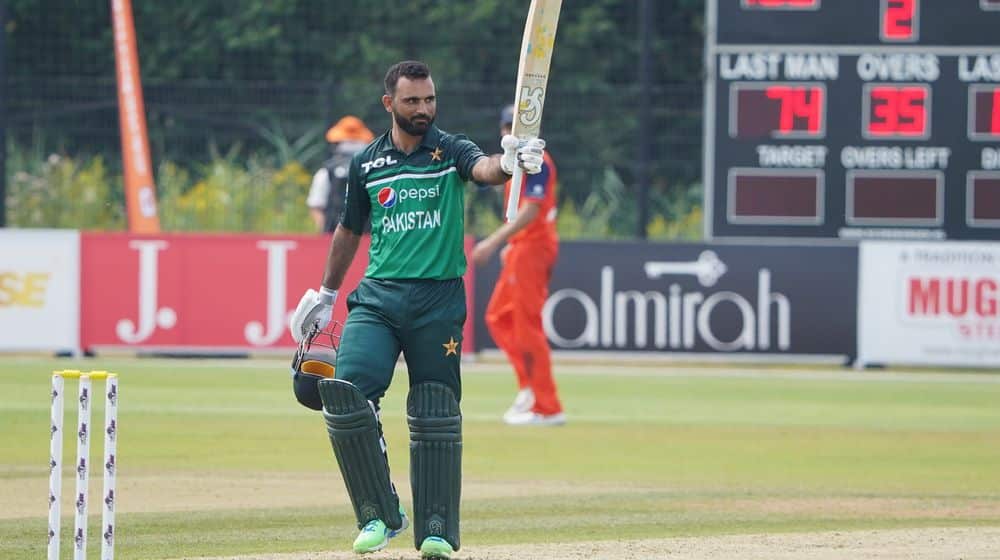 Fakhar Zaman became the first Pakistani to score an international century below sea level while playing against the Netherlands at Rotterdam which lies 7.9 meters below sea level.

Fakhar Zaman provided Pakistan a solid start in the first ODI against the Netherlands to score his 7th ODI hundred. With this, the left-handed batter became the first ever Pakistani cricketer to record a hundred below sea level.

ALSO READ
Mohammad Rizwan Reveals the Name of His ‘Leader’

Fakhar Zaman set a strong base for Pakistan’s 314 with his 109 runs off 109 balls before getting run out. His innings included twelve fours and a maximum while he added 168 runs together with Babar Azam for the second wicket. Babar made an impressive 74 off 85 balls.