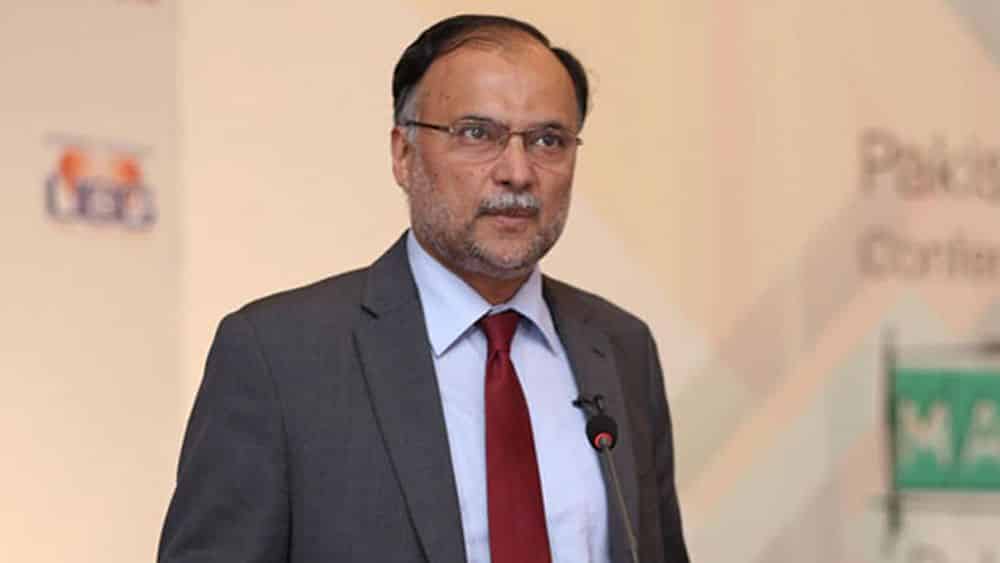 The progress on China-Pakistan Economic Corridor (CPEC) projects faced serious setbacks during the last four years, leading to a loss of momentum from the Chinese side.

This was stated by Federal Minister for Planning, Development & Special Initiatives, Ahsan Iqbal, during the public talk, titled “CPEC: A Catalyst for the Economic Development of Pakistan,” organized by the China-Pakistan Study Centre at the Institute of Strategic Studies, Islamabad.

He said that the challenge today for every developing country is to become an economically-ideal state. We have yet to learn to be an economic nation. This is not the age of political and conventional wars, rather it is the era of economic competition and trade wars where technology is defining the parameters of a modern economy in the changing world spectrum. It is, therefore, need of the hour to show unity in areas and ventures of national interest only then can we survive the storm”.

Iqbal stated that to develop a country, 10-20 years of the framework is required to ensure internal stability. He explained that the public sector is run by three chapters, i.e., Project, Program, and Policies. Vision 2025 clearly articulated that it is time for Pakistan to move away from geo-politics to geo-economics. In vision 2025, one main pillar was that Pakistan should construct a hand-built corridor to leverage its geo-strategic environment for economic gains.

He said that through such modern economic frameworks and initiatives, Pakistan could integrate this whole region into one big regional market. He recalled that, while the government was charting an initial roadmap for CPEC, the two bottlenecks faced at that time were the energy-power crisis and the road and rail infrastructure fragility. These two major bottlenecks were, to a larger extent, cleared away, and a shift to industrialization had begun.

He noted that in the last four years, the progress on CPEC projects, particularly Special Economic Zones, Gwadar port, and some infrastructure projects, have faced serious setbacks. Along with this, Pakistan’s fiscal problems and procedural obstructions have also made China more cautious regarding investments. However, the current government is putting full efforts to bring CPEC back on track.

He said that the government is taking viable steps to finish the transmission line between Panjgur and Turbat. As soon as it is done, there will be no power shortage issues in Gwadar. Also, the government is looking forward to the upcoming JCC meeting. He affirmed that Pakistan’s future depends on its exports. In 75 years, the state has failed to shift to an export-centric model. For this, there is a need to shift the course from political to economic thinking.

Earlier, Director China Pakistan Study Centre, Dr. Talat Shabbir, in his introductory remarks, stated that since the establishment of formal diplomatic relations, the ties between Pakistan and the People’s Republic of China have remained steady, moving from strength to strength.

He stressed that CPEC has the potential to be a collaborative project for infrastructure construction, industrial development, and livelihood improvement, if there is consistency in economic policies, correct narratives are advanced, and all the CPEC-related issues are dealt with on war footing.

Director General Institute of Strategic Studies Islamabad, Ambassador Aizaz Ahmad Chaudhry noted that lingering doubts about CPEC keep coming back from detractors regarding transparency, sovereignty concerns, and rising debt levels. He stated that lately, a renewed enthusiasm regarding CPEC could be felt, but to remove the impediments, political stability is a must.