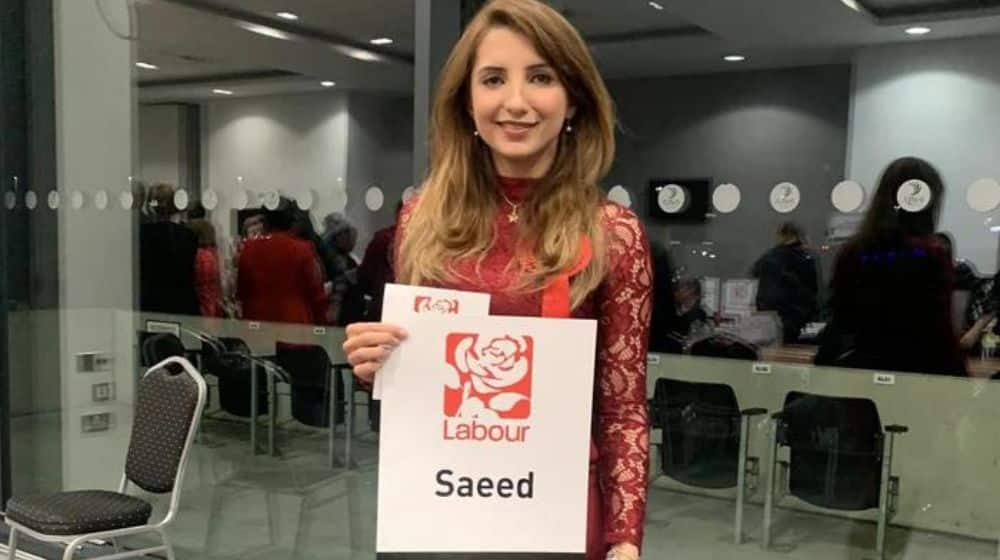 A British-Pakistani woman has been chosen to represent Higher Irlam and Peel Green in Salford, UK

It is an honor to have been elected for the role of Councillor, to serve my communities, and to improve my city.

I was humbled to have been selected as the Labour Party candidate by my ward and residents. The Labour Party have an amazing legacy of transforming lives; from founding the NHS to introducing the minimum wage — they made a lasting difference in the lives of people across the country.

Local elections are a great opportunity for citizens to express their opinions on local issues and how they should be handled. Saeed stated that the Labour Party is well-positioned to lead the UK in the face of all its challenges, and mentioned that she is proud to partake in the movement and help to make a difference in people’s lives.

She explained that her priorities in her new role will involve mitigating the impact of the cost of living crisis, supporting high-quality jobs in the region, advocating for strict action against crime and antisocial behavior, improving public services and the environment, protecting green spaces, and support new developments in the region.

“These are the issues that matter to people. I will work hard to enhance the lives of residents, she emphasized and added,

I will defend workers’ rights and fight injustice, inequality, and discrimination wherever it exists. As an alumnus of Lahore Grammar School and Convent of Jesus and Mary, Lahore, I would like to thank my many teachers and mentors in Pakistan who equipped me with the leadership and critical thinking skills which have been instrumental in my journey to public office.

Saeed was a member of several Pakistani societies as a student and was the President of the Student Union President at the University of Salford where she organized TEDx events and earned the Duke of Edinburgh’s Royal seal of approval for her entrepreneurial endeavors.