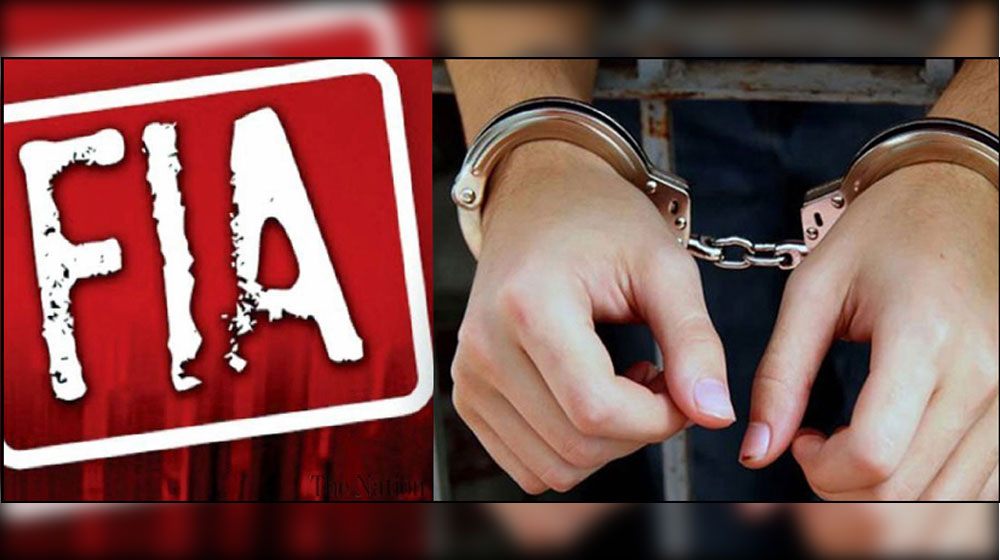 The Federal Investigation Agency (FIA) has successfully detained a suspect from Faisalabad for allegedly engaging in cybercrime activities to defraud people of their money.

According to the details shared by an FIA official, the Cyber Crime Circle Islamabad apprehended Akif Nadeem on charges of issuing fake Ministry of Interior permits for tinted or black glass covers for vehicles.

“He is involved in issuing fake permits from the interior ministry for allowing tinted or black glass covers to the vehicles. A case has been registered against the suspect under the Prevention of Electronic Crimes (PECA) Act and further investigation is underway,” the official explained.

During that crackdown, the Anti-Human Traffic Cell (AHTC) arrested 52 human traffickers across the country and the names of the three most wanted traffickers were added to the Red List.

The FIA also unearthed a new scam involving the use of unsuspecting citizens’ Computerized National Identity Cards (CNICs) to purchase US Dollars in bulk.