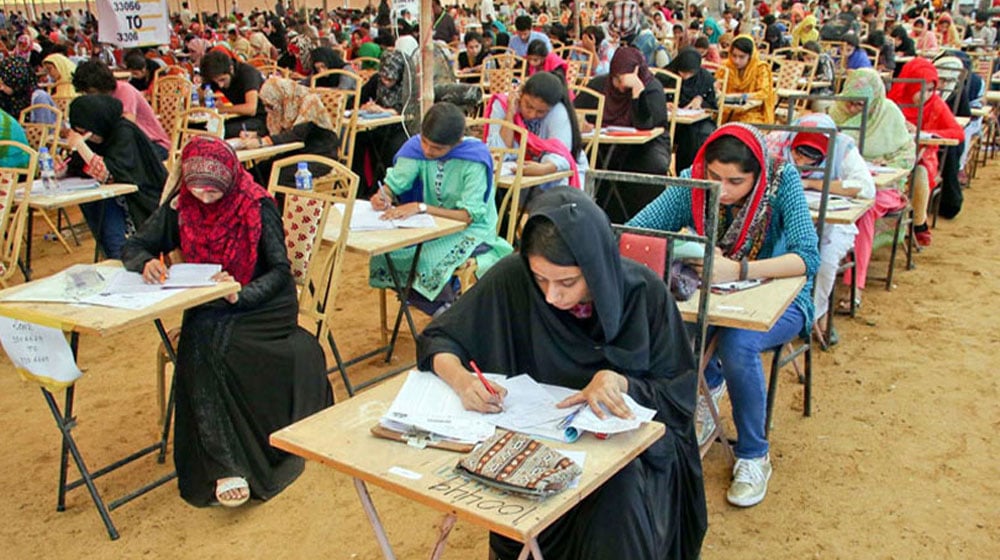 The Ministry of National Health Services, Regulations, and Coordination (NHSRC) has asked the Pakistan Medical Commission (PMC) to postpone the scheduled Medical and Dental College Admission Test (MDCAT) 2022 due to floods across the country.

The Health Ministry has also written a letter to the PMC regarding the postponement of the scheduled MDCAT 2022 from 7 to 30 September.

According to the letter, the Federal Government has declared 66 districts disaster-affected after heavy rainfall-induced floods washed away major infrastructures such as hospitals, road networks, and educational institutes in Sindh, Balochistan, Gilgit Baltistan (GB), South Punjab, and parts of Khyber Pakhtunkhwa (KP).

Meanwhile, the Provincial Governments are struggling to rescue human lives in those areas, the letter stated.

It added that students from the affected areas might be unable to participate in the exams due to broken arteries. Therefore, the Ministry has asked the PMC to postpone the exams, citing the aforementioned reasons.

Note here that PMD announced the schedule of MDCAT 2022 for admissions to MBBS and BDS programs last week.

The PMC had tweeted that the exams will be held from 7 to 30 September, while students will be able to download their roll number slips this week. However, the tweet that announced the schedule was soon deleted.