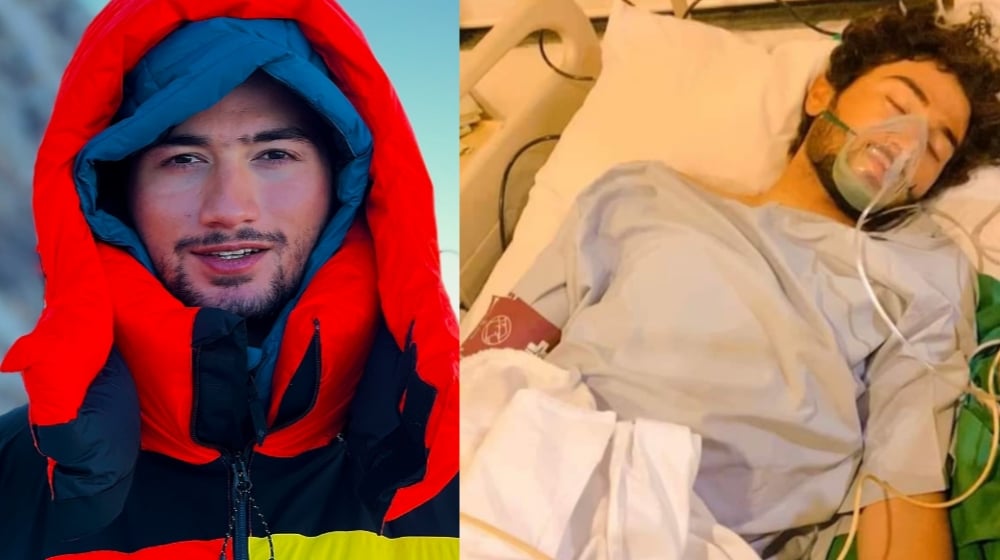 Young mountaineer Shehroze Kashif announced via social media that his surgery was successful as he revealed the hardships of climbing the world’s highest mountains.

Shehroze opened up after surgery as he talked about the obstacles in his path to success. The climber disclosed that he was diagnosed with a torn L5-S1 disc. “This disc acts as a shock absorber to protect the vertebrae during spinal movements but all this could not stop me from achieving what I have achieved,” wrote Shehroze.

The young climber holds two world records as well as a national record. He has climbed six of the tallest peaks at a young age, however, the journey has not been a walk through the park. “Yes, I have climbed six mountains with a teared bone. Not only six peaks but a night fighting between life and death on the ‘killer mountain’ Nanga Parbat on my own as well.”

Talking about his surgery and health, Shehroze Kashif seemed hopeful and energetic, as he wrote, “Yesterday I had my surgery and Alhamdulillah I am in high spirits. It never was and never will be easy to become a mountaineer. This sport requires the best of your mind and body which I am willing to give so I can make my country proud and raise the green flag on the world’s 14 highest peaks.”