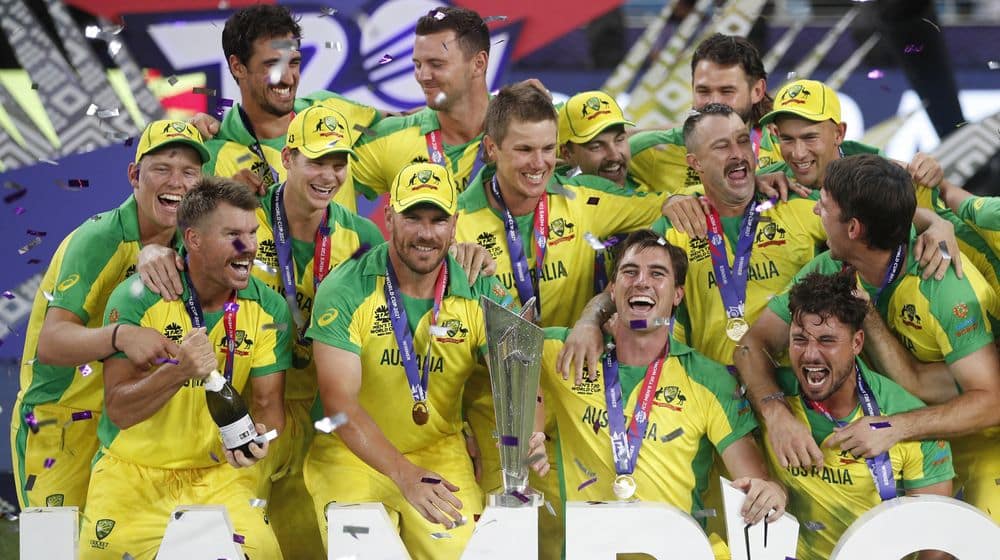 Cricket Australia (CA) has announced the 15-member squad for the upcoming T20 World Cup to defend the ICC Men’s T20 World Cup 2021 title, which is all set to be held in Australia later this year.

The selection committee made one change to the squad that won the mega event in Dubai last November, bringing in power-hitter Tim David instead of leg spinner Mitchell Swepson.

Tim David, who appeared to be in excellent form during the previous edition of Big Bash League (BBL), Pakistan Super League (PSL), and Indian Premier League (IPL), has been added to the squad as an additional batter for the mega event.

Speaking to the media after announcing the squad, chairman of selectors, George Bailey, said that they will play the World Cup with almost the same squad that won the title last year and that players are excited to play at home.

The Aaron Finch-led side will compete against New Zealand, England, Afghanistan, and two qualifier teams in the mega event, which will begin on October 23 and conclude on November 13.

It is worth noting that the World Cup qualifying round will begin on October 16 this year, with a total of 8 teams divided into two groups competing for the final four spots in the league stage.