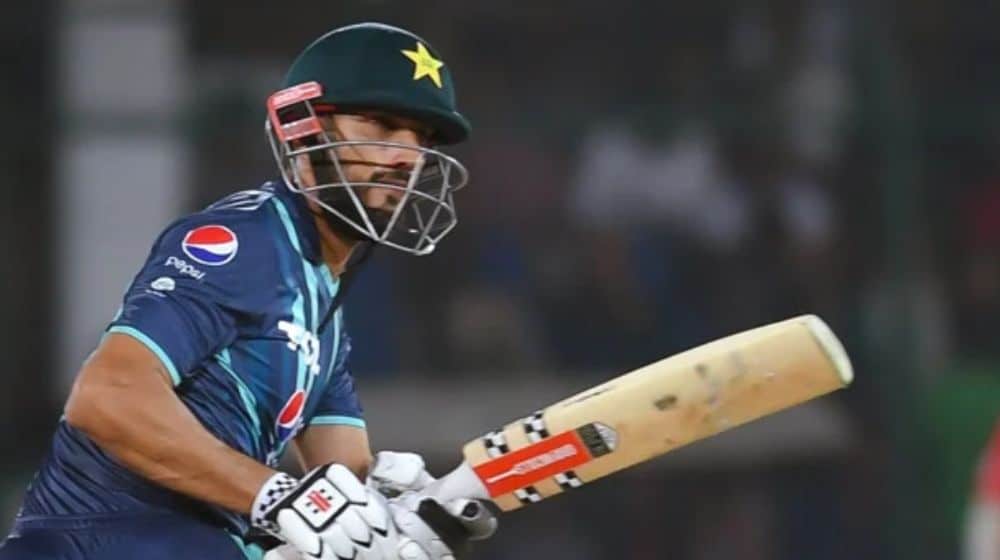 Pakistan’s left-handed batter, Shan Masood, recently returned to the national team after a two-year absence, however, his performance in the series opener was unimpressive, scoring only 7 runs off 7 balls, including one boundary.

Masood shone with the bat in the third game of Pakistan’s seven-match T20I series against England, reaching 65 not out off 40 balls, but needed support from the other end to transform it into match-winning innings.

The Men in Green fell 63 runs short of their highest-ever total chase in the shortest format of the game as England’s Mark Wood and Adil Rasheed bowled really well, claiming three and two wickets respectively.

Shan noted in a post-match media talk that it was good for him to spend some time at the crease because it would boost his confidence and morale, but the 63-run setback left a somber feeling.

When you’re playing against a top team, a quality team then they’ll always come to the field with their best game. We have to learn from our mistakes and make sure that we don’t repeat them in order to win.

Masood praised England’s performance, saying that they deserve credit for the way they batted, particularly Ben Duckett and Harry Brook, and then bowled in the six-over batting powerplay.

England leads the series 2-1, with the fourth game scheduled for tomorrow at the National Stadium Karachi. The Babar-led team will play the final three games of the series against England at Gaddafi Stadium in Lahore.

🗣️ Shan Masood reviews the third T20I and his first fifty in the format#PAKvENG | #UKSePK pic.twitter.com/uoMQr7LkWJ