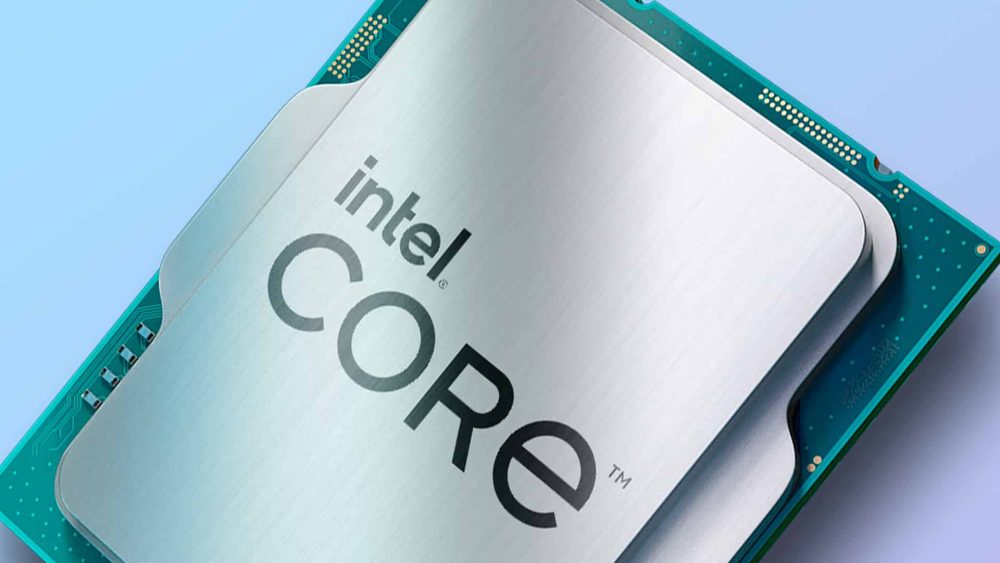 Intel’s new ‘Raptor Lake’ CPUs are finally official as the company’s 13th generation of desktop processors. The new lineup only includes three models these have two variants each.

ALSO READ
Samsung and Intel Are Working on “Sliding” PCs

For the layman, all you should know is Intel’s new 13th generation chips are faster while also being (as per Intel’s claims) more efficient than their predecessors. You can buy and install these chips in your existing Intel 12th Gen motherboards without having to buy a separate motherboard.

Most of the terminology used in the rest of this article is technical so proceed with caution if you aren’t familiar with them.

The new generation continues the same hybrid architecture design of the 12th gen but brings 15% better single-threaded performance and up to 41% improved multithreaded performance, according to Intel’s claims. The Core i9-13900K and its iGPU-less variant, the 13900KF, sit at the top of the line with beastly specifications.

The image below shows detailed specifications for the new models. It also shows the pricing for the new chips, which are surprisingly lower than the latest AMD processors (Ryzen 7000 series). 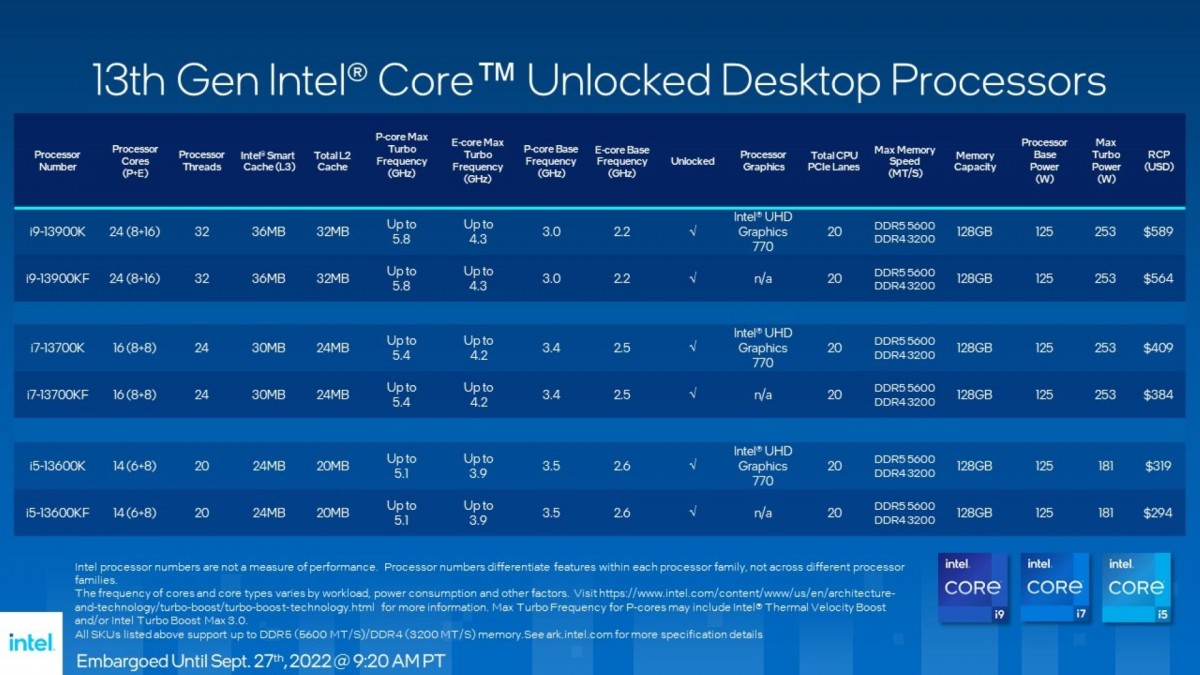 All new CPUs will feature 20 PCIe lanes (up to 16 PCIe 5.0 + 4 PCIe 4.0) and will have support for up to DDR5 memory at faster speeds thanks to XMP. All models with built-in GPUs will feature the Intel UHD Graphics 770.

The processors will work with the new Z790 chipset motherboards that were also announced at the same time. They will be compatible with the older 600 series motherboards as well. The new CPUs and motherboards will be available starting October 20.