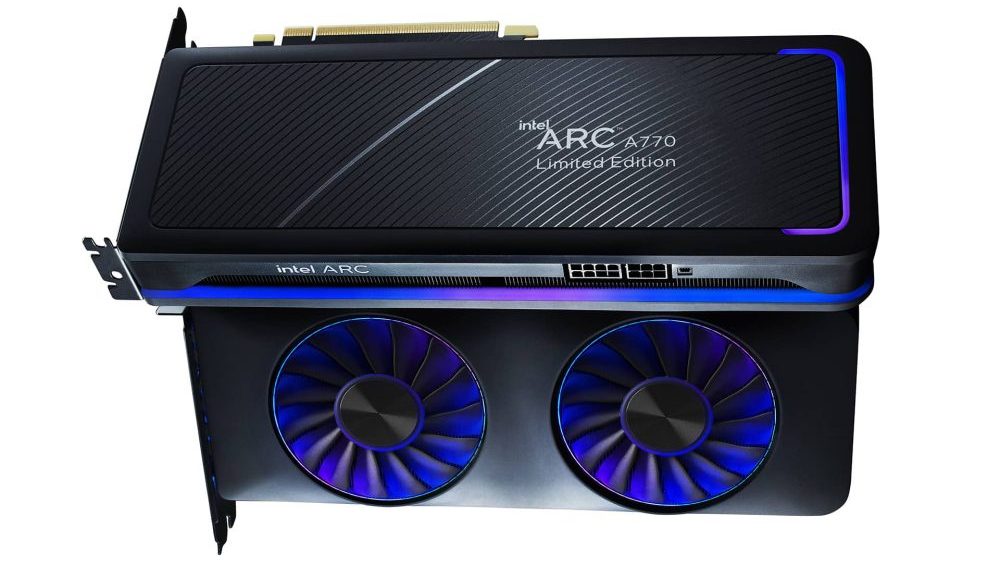 Intel has confirmed pricing and availability details for its latest and greatest desktop GPU, the ARC A770. The graphics card has a starting price of $329, and it is meant to be a direct rival to Nvidia’s entry-level RTX 3060, which is available for around $350 and above.

Intel announced specifications for the A770 earlier this month. It is one of the three Intel GPUs that have been announced so far (A380, A750, A770) and is based on the ARC 7 GPU. It features 32 Xe cores, 32 Ray Tracing units, and two different memory variants with 8 GB and 16 GB GDDR6 VRAM.

Its power draw is rated at 225W, and it has support for XeSS as well, which is Intel’s version of Nvidia’s DLSS technology that increases frames per second in games without sacrificing image quality.

Here are the key features of all Intel’s desktop GPUs. 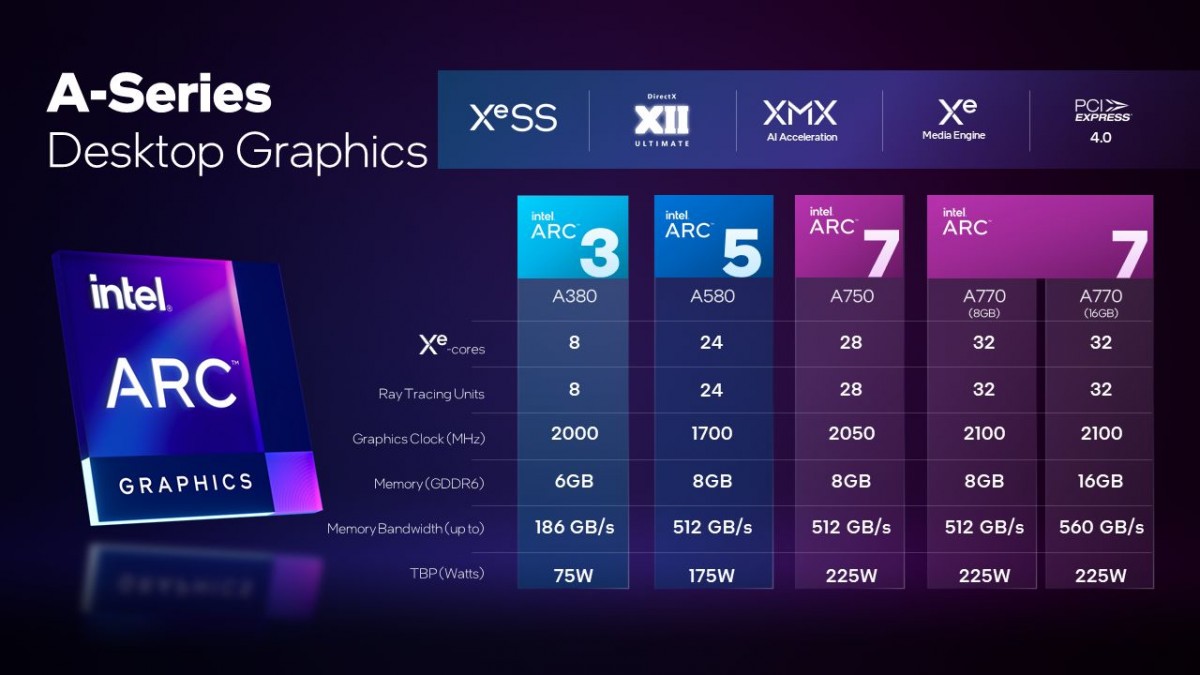 Intel has also shared gaming performance benchmarks against Nvidia’s RTX 3060. Intel claims that the A770 should be able to deliver roughly the same or better performance than its rival in some titles. It is worth mentioning that the RTX 3060 launched for roughly the same price (at least on paper) back in January 2021. 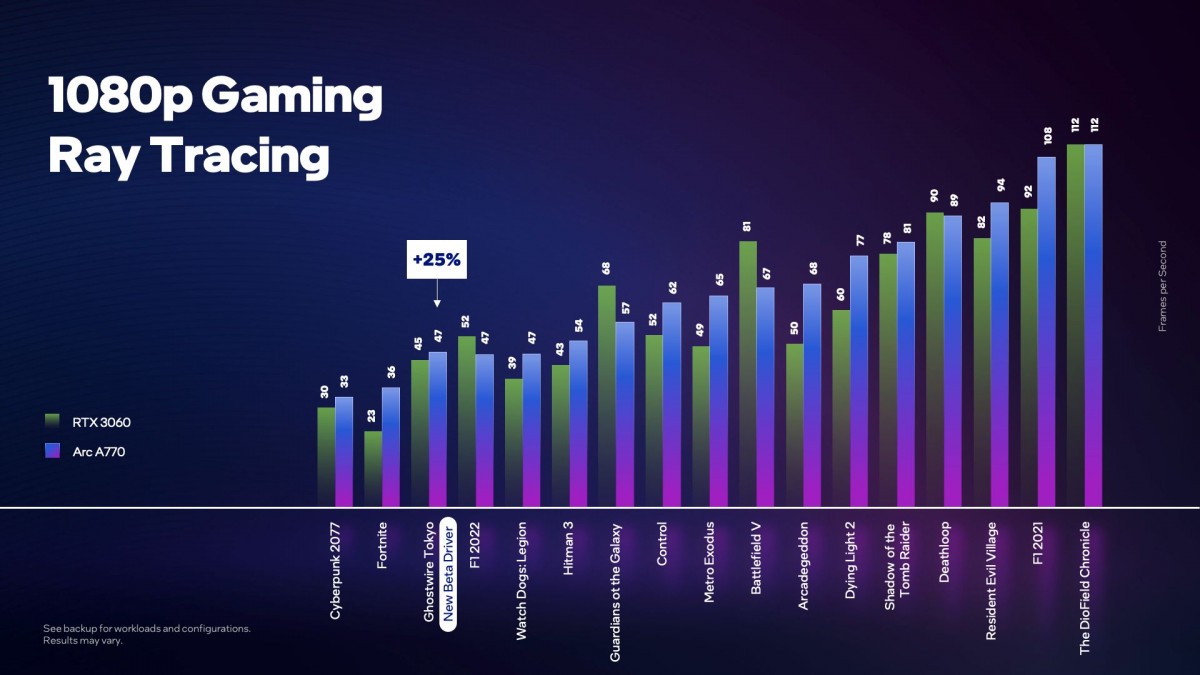 Note that Intel has mentioned the “starting price” of the A770, meaning it is likely for the 8 GB variant. The company is yet to reveal pricing for the 16 GB variant which will be available on the Limited Edition model. That variant will probably cost around $400, but there is no confirmation just yet.

There are already some videos available on YouTube that compare the GPU with Nvidia’s RTX 3070, AMD’s RX 6750 XT, and a few others, but we recommend waiting until the graphics card is released to credible reviewers to get authentic performance numbers.

Intel has probably embargoed reviews until the launch date (or a few days before launch) so we’ll know better in a couple of weeks.