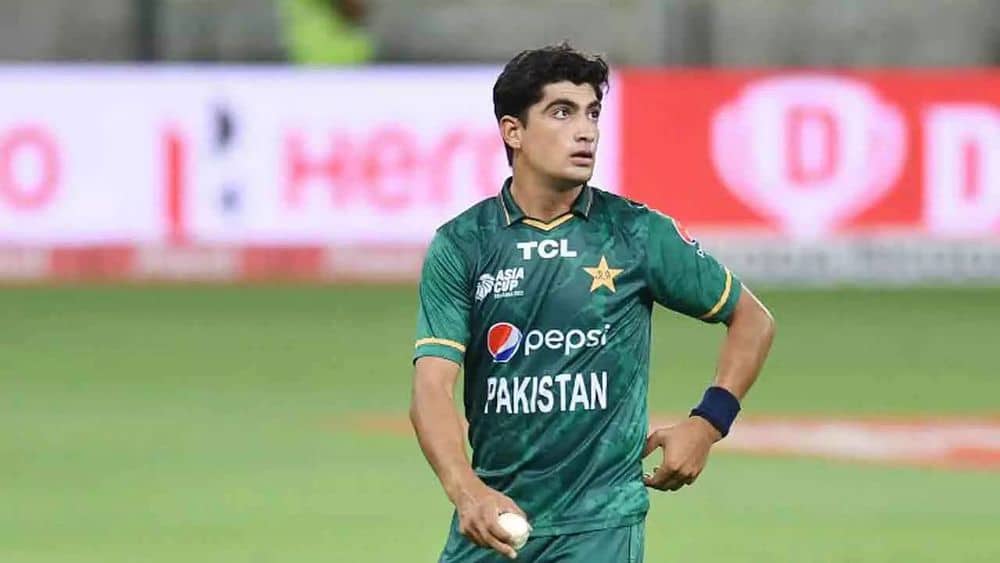 Pakistan and England will meet in the fifth game of the seven-match T20I series at the Gaddafi Stadium in Lahore, with both teams expected to make some changes to their playing XIs with the series level at 2-2.

The media has reported that Pakistan’s right-arm bowler, Naseem Shah, has a high fever and is unlikely to play today’s game. However, all-rounder Shadab Khan is anticipated to make his way into the playing eleven.

According to the details, the 19-year-old pacer was shifted to a hospital for treatment, where his Dengue test was also conducted. As per reports, he has a chest infection that has caused further complications.

The national team management had earlier stated that the team is seeking the best combination for the remainder of the series, with Shadab Khan and Naseem Shah primed to make their way into the playing eleven.

It is worth noting that Naseem has only appeared in one of the four games, as the management wanted him to rest ahead of the tri-nation series in New Zealand and the T20 World Cup 2022 in Australia.

Naseem Shah made his T20I debut in the recently concluded  Asia Cup 2022 in the UAE, where he displayed outstanding bowling performance, taking seven wickets in five games with an economy rate of 7.66.