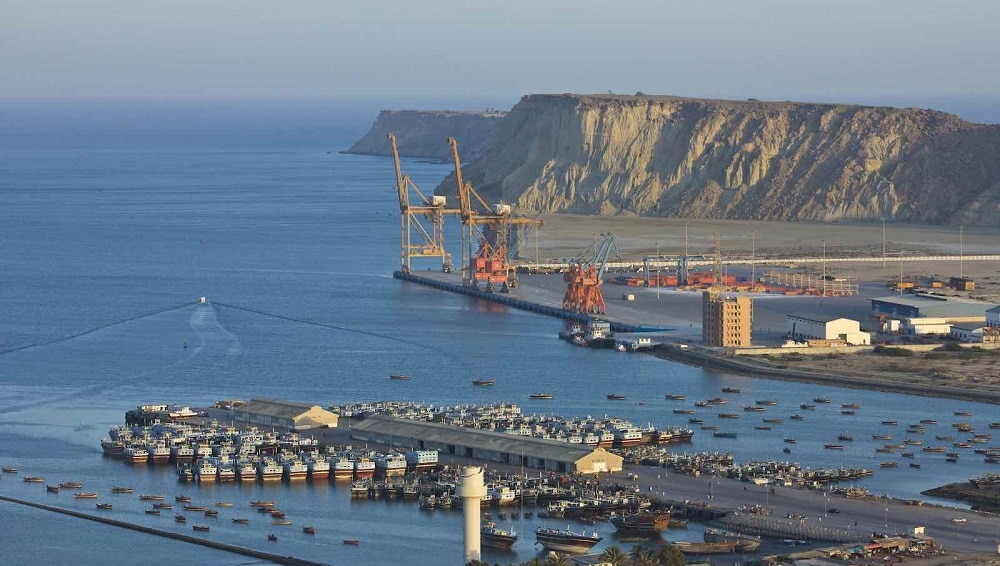 President of Bank of Punjab (BoP) Zafar Masud has sought policy reforms for fostering investors’ confidence in the blue economy and the development of special maritime industrial zones.

He was speaking at the launch of a report titled: “Pathways to a Sustainable Blue Economy: Role of Financial Institutions” organized jointly by the Sustainable Development Policy Institute (SDPI) and Bank of Punjab (BoP) on Thursday.

Zafar Masud stated that the blue economy offers poverty-stricken communities livelihood opportunities, yet it remains underexplored by policymakers. He mentioned that the importance of the blue economy is evident from the fact that life below water has been incorporated into Sustainable Development Goals (SDGs).

He said, “Blue economy contributes 0.45% to GDP which is $ 1 billion and 0.2 percent of GDP is contributed by marine fisheries which are overexploited,” adding that Pakistan’s maritime sector is confronted with governance issues, poor technology, marine pollution, and destruction of mangroves. He pointed out that $5 billion can be generated annually through coastal and marine tourism.

SDPI Executive Director Dr. Abid Qaiyum Suleri commented that the blue economy has immense untapped potential which requires out-of-box solutions. “Only adding a port without a port city will not add anything substantial to the economy,” he said.

Dr. Sulehri suggested that the government should focus on rules and policies on trans-shipment and turning ports green and completely change the fate of these ports. He further proposed to develop marine tourism and reduce fossil-fuel-based transport through in-land freight by adding sea liners and insurance covers in the sector something India has already achieved.

Former Chairman Gwadar Port Rear Admiral Ehsan Saeed highlighted that Karachi and Port Qasim are adequate to meet the future needs of the next 25 years. “$500 million of fish exports is sustainable; anything higher for some years can exhaust the marine resources,” he remarked. He also suggested developing maritime tourism in Astola to kickstart marine tourism.

SDPI Joint Executive Director Dr. Vaqar Ahmed suggested developing an online tracker of blue investments for both in the pipeline and potential investments, which, he maintained will help identify opportunities as well as challenges posing hurdles in the growth of the blue economy.

Joint Secretary, Ministry of Maritime Affairs Kamran Farooq Ansari shared that post 18th amendment, maritime functions were dispersed to provinces, causing a lack of consensus on policies and initiatives. He said that the Ministry of Maritime Affairs is proactively devising policies to promote the sector. Emphasizing amending the mercantile marine policies, he suggested offering incentives and tax exemptions to attract investment in this sector.

Chief Economist of BoP Syed Sayem Ali stated that 30 percent of marine habitat and 44 percent of coastal reefs had been destroyed by 2020. He said 95 percent of marine life contains microplastics, which needs the attention of authorities in light of SDG 14.

While drawing the participants’ attention to global investment trends, he said, “35 percent of global green investment is in the power sector, 29 percent in transport and 11 percent in water infrastructure, which are areas Pakistan has not made many strides in.” Among coastal communities, 79 percent of populations are classified as the poor while 55 percent are the poorest of the poor, which points lack of inclusivity. He said that the models of Kerala and Sri Lanka are benchmarks, and Pakistan must learn from them.

President Tola Associates Ashfaq Tola said that currently there are only 13 vessels, which are inadequate for inland freight water transport. He further said that aqua-culture, marine genetics, sub-marine mining, and tourism are being hindered by poor law and order situations.

CEO KP-Board of Investment and Trade Dr. Hassan Daud Butt, while stressing the need for strengthening the blue economy for development, said that China is now emphasizing more on the maritime silk route than Belt and Road Initiative. He suggested improving the status of mangroves and eco-friendly development of ports especially mentioned in the CPEC long-term plan.

Head of Department at COMSATs Dr. Aneel Salman suggested improving the value chain of fisheries to increase revenue generation. He emphasized the estimation of the gross marine product of Pakistan, including mangroves, fisheries, and direct and indirect revenue for correct policies. He informed the participants that the annual budget allocation for the blue economy is 0.46 percent of the GDP, which shows the lack of interest of our policymakers in this sector.

Senior Environmental Specialist of the World Bank Rahat Jabeen said that the blue economy roadmap in collaboration with the Ministry of Maritime Affairs is in pipeline.

Head of Centre for Private Sector Engagement SDPI Ahad Nazir highlighted that the four key issues identified in the report, which hinder substantial progress in the blue economy are

He suggested improving industry-academia linkages to support policies through research. He also stressed the need for long-term and consistent policies along with monitoring and evaluation mechanisms, besides making inclusive and holistic contributions from all the stakeholders, especially the local communities.