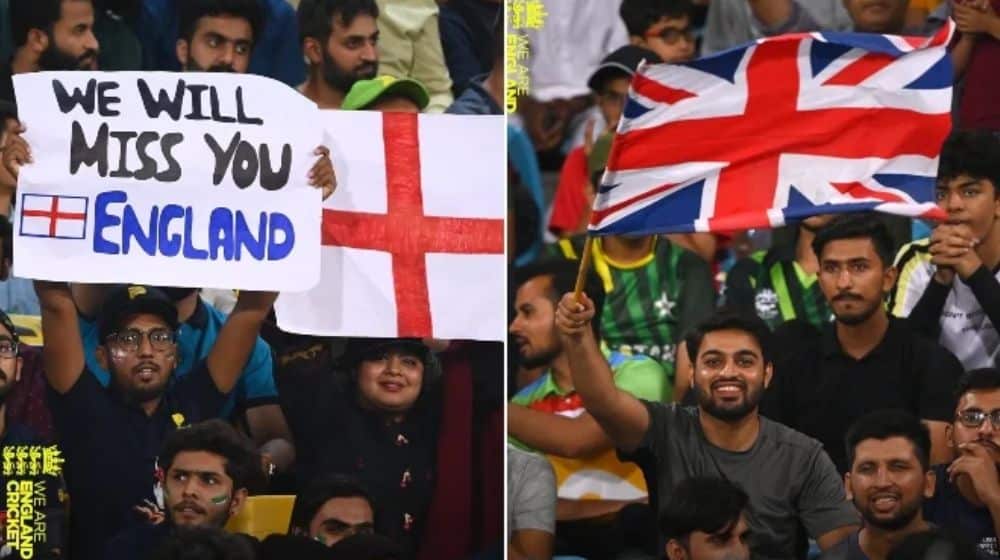 England’s first tour of Pakistan in 17 years has concluded with the Moeen Ali-led side claiming the seven-match T20I series 4-3 after defeating the home side by a margin of 67 runs in the final at the Gaddafi Stadium in Lahore.

The historic series was noteworthy in many ways for both countries. It was a warm-up for the T20I World Cup in Australia, and it also instilled confidence in England’s Test players ahead of the upcoming series in December.

Cricket fans in Pakistan also responded positively, holding placards with peace messages and thanking the England and Wales Cricket Board (ECB) for sending its team to Pakistan during the Karachi and Lahore leg.

While speaking to the media, Pakistan Cricket Board (PCB) Chairman, Ramiz Raja, extended his appreciation and thanked the England squad, joking that they won because the hosts did not want them to go home empty-handed.

The PCB chief went on to say that the series was fantastic, with the exception of the final two games, where the visiting side absolutely outclassed the Babar Azam-led side at the Gaddafi Stadium.

While answering a question regarding the national team’s performance, he added, “A lot of things to learn for Pakistan but we are sending them with all our best wishes for the World Cup, so I want our fans to back this Pakistan team.”

It is worth noting that England postponed the series last year when New Zealand backed out of the tour minutes before the first game in Rawalpindi. England will now return for a three-match Test series in December.