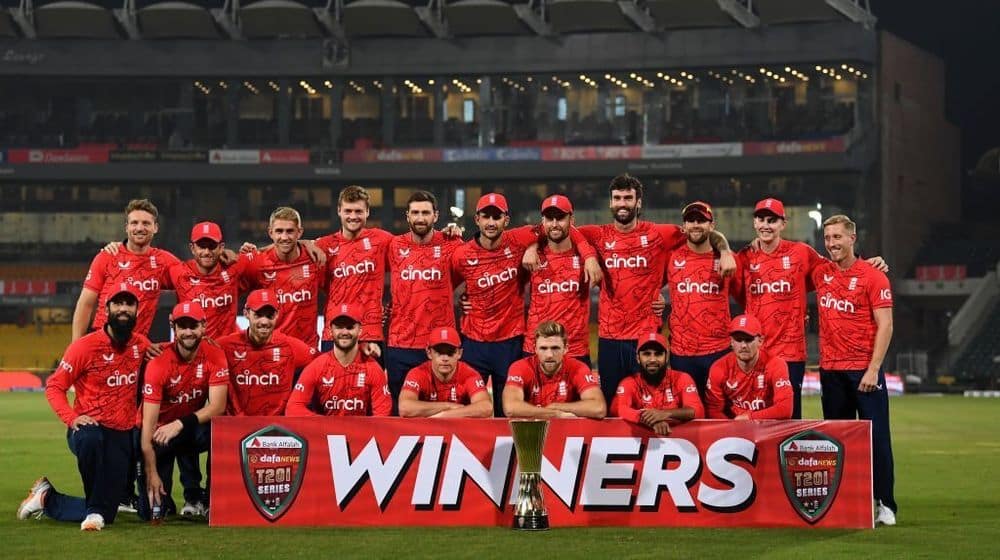 The historic series between Pakistan and England has finally concluded, with the Moeen Ali-led side winning the seven-match T20I series 4-3 after defeating the Men in Green by 67 runs in the final at the Gaddafi Stadium in Lahore.

Overall, Pakistan’s Mohammad Rizwan performed admirably, finishing the series as the leading run-scorer. The right-hander scored 316 runs in six innings, which is also the highest score in any T20I bilateral series.

Pacers dominated the series, with all of the top five wicket-takers being fast bowlers. Pakistan’s Haris Rauf, who bowled remarkably well, ended with eight wickets in the series, while England’s Sam Curran took seven wickets.

England’s Harry Brook hit 13 sixes in six innings, the most in the series, while Rizwan hit a total of ten. Hard hitters Asif Ali, Khushdil Shah, and Haider Ali hit two, one, and three sixes in the series respectively.