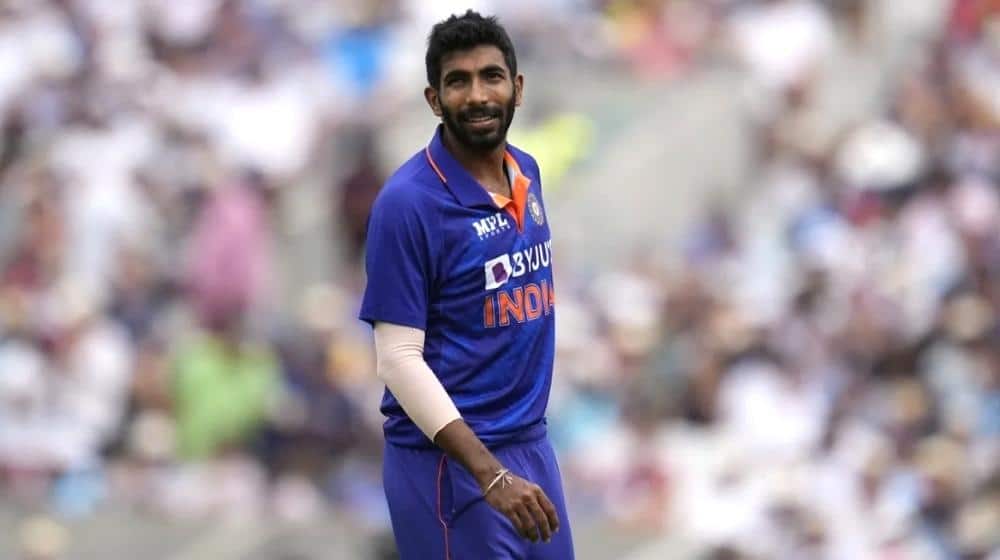 India’s ace pacer, Jasprit Bumrah was brutally trolled by Indian fans on social media after he was ruled out of the 2022 T20 World Cup due to an injury. Bumrah’s fitness issues have led him to miss a majority of international matches over the past year and his latest injury caused him to be ruled out of the mega-event.

The 28-year-old shared a heartfelt tweet on missing the tournament as he thanked his loved ones for their support through this tough time.

I am gutted that I won’t be a part of the T20 World Cup this time, but thankful for the wishes, care and support I’ve received from my loved ones. As I recover, I’ll be cheering on the team through their campaign in Australia 🇮🇳 pic.twitter.com/XjHJrilW0d

The update did not sit well with the Indian fans as they lashed out at the express pacer for missing yet another international tournament. Indian fans took to Twitter to troll the Indian pacer as they believe that Bumrah always gets injured when it comes to playing for the national team but he is always fit for the Indian Premier League (IPL).

According to details, Bumrah has missed a majority of T20Is for India over the past few years. Since 2019, Bumrah has only played 20 out of 75 T20Is played by the Men in Blue while in comparison, Bumrah has been available for almost the entirety of the IPL seasons during the timeframe.

The Indian fans were not too pleased with the whole scenario and lashed out at their star pacer on the popular social media platform.

Let’s have a look at some of the reactions.

Here's wishing Jasprit a speedy recovery so that he fully recovers before the next IPL season, and plays two-months of "back-breaking" cricket with zero complains of burn-out.

Jass, you're such an indispensable asset to Mukesh and Nita Ambani.

More power to you! https://t.co/ox0FPQdnSe