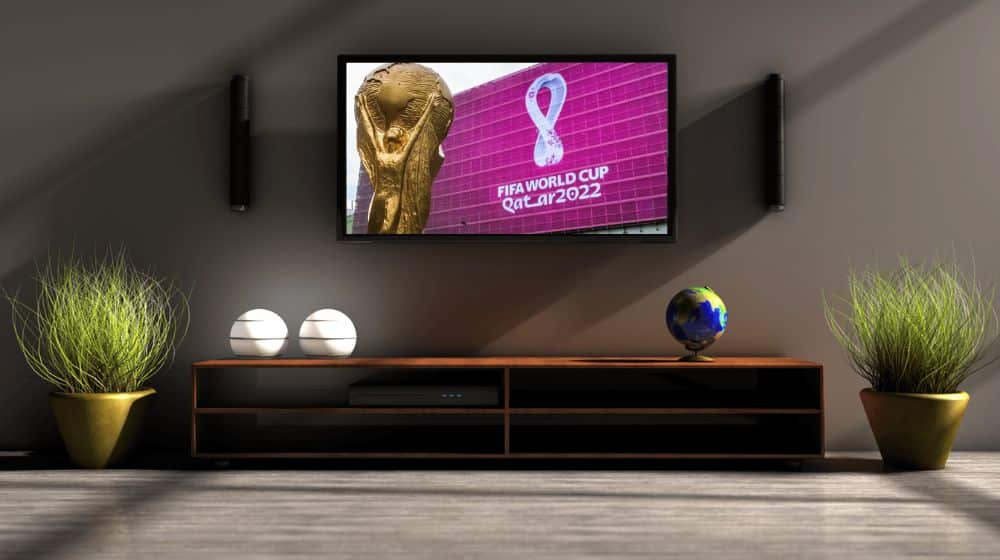 The fanfare around the FIFA World Cup is at an all-time high with the 2022 edition of the tournament just a couple of days away.

Fans from all around the globe have started to arrive in Qatar to watch their favorite superstars play while fans who have not been fortunate enough to travel to the host nation, will be tuning in to watch all the action of the mega-event on their TV screens and mobile devices.

Similarly, football fans in Pakistan are also eagerly waiting to watch the likes of Lionel Messi, Cristiano Ronaldo, Neymar Jr., Kylian Mbappe, and other world-class players light up the stadiums in Qatar.

The opening match of the FIFA World Cup will be played on Sunday, 20 November, as Qatar takes on Ecuador at the Al Bayt stadium. The tournament will feature 32 teams from across the world as they battle it out over a month to be crowned as the world champions.

Defending champions, France, will kickstart their campaign against Australia on 23 November while five-time champions, Brazil, will play their first match of the tournament against Serbia on 25 November. Lionel Messi-led Argentina will face Saudi Arabia while Cristiano Ronaldo-led Portugal will lock horns with Ghana in the opening group games.

Pakistani football fans will be able to enjoy all the action of the 2022 FIFA World Cup via live TV broadcasts and live streaming on their mobile phones. All the matches of the mega-event will be telecasted live on A-Sports while fans can also enjoy the action on the ARY Zap app and Jazz Tamasha App through their live streaming service.