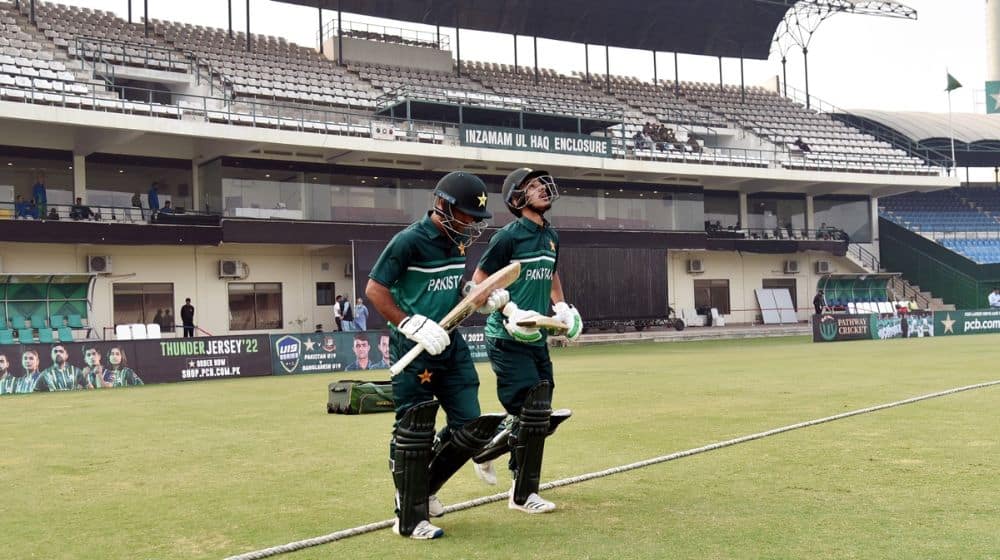 Half-centuries by Arafat Minhas and captain Saad Baig and three wickets from Ali Asfand helped Pakistan U19s to a seven-wicket over Bangladesh U19 at the Multan Cricket Stadium on Friday.

The two-match T20 series ended with both teams winning a match each. Meanwhile, the solitary four-day match was drawn, while Bangladesh won the three-match 45-overs series by 2-1.

Chasing 164 to win, Pakistan was in a spot of bother with three wickets down for 46 runs on the board. Wicketkeeper-batter Saad was joined by Arafat Minhas and the pair added an unbroken 119-run partnership for the fourth wicket to help the home side achieve the target in the 19th over.

Saad top-scored for his side with an unbeaten 79 off 50 balls, smashing eight fours and three sixes. The left-handed batter was named player of the match, while he was awarded player of the series for scoring 107 runs in the T20 series. Arafat scored an unbeaten 37-ball 50, striking four fours and two sixes.

Earlier, after being put into bat, Bangladesh scored 163 for six in 20 overs. Opening batter Jishan Alam top-scored with a 40-ball 73, hitting nine fours and two sixes. Chowdhury Mohammad Rizwan was the other notable run-getter with 29 off 28 balls, which included two fours and one six.