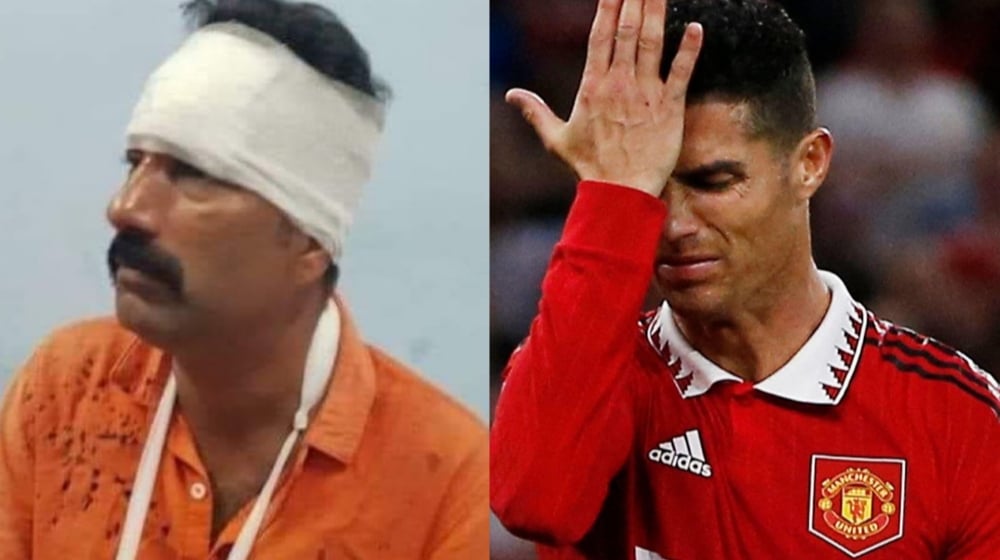 Extremism has peaked in India as Cristiano Ronaldo’s fans beat up a man for mistakenly tearing the flag of Portugal.

With football fever taking over as the FIFA World Cup 2022 starts, the passion for the game is also turning into aggression and violence from the fans. In a similar incident of football fever causing violence, the intolerant fans of Cristiano Ronaldo attacked a Hindu supremacist who tore the flag of Portugal after assuming it to be the flag of a social democratic party.

In this unfortunate incident, both parties seemed to show an equal intensity of intolerance and extremism as the Hindu supremacist tried to record his strong stance against the democratic party by disrespecting its flag but he ended up getting his hands on the flag of Portugal hoisted in the support of footballer Cristiano Ronaldo. On the other hand, the fans of Cristiano Ronaldo did not exhibit any sense either as they decided to beat up the man for tearing up the flag of Portugal without knowing the actual matter.

Only in India! Christiano Ronaldo fans in Kerala have beaten up a Hindu supremacist after he tore up the national flag of Portugal, confusing it as the flag of the Social Democratic Party of India. #FIFAWorldCup2022 pic.twitter.com/EfHjtXRVny