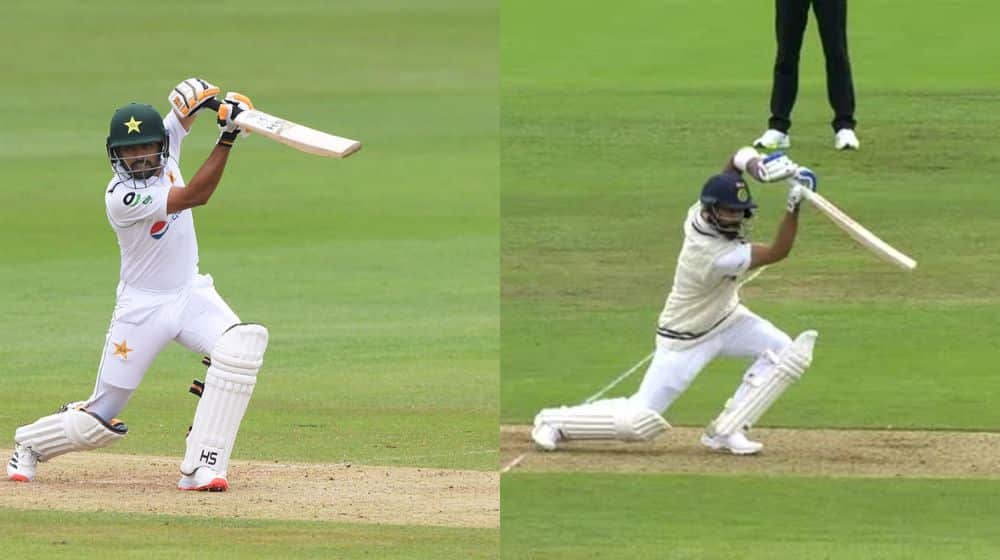 The debate over Virat Kohli and Babar Azam’s cover drives has become the talk of the town for quite some time, with many cricket fans, including former and current players, divided on who plays it better.

New Zealand captain, Kane Williamson, who is also one of the best batters of the current era and considered one of the fab four batters, has also given his opinion on the widely debated topic.

Kane Williamson was asked ‘Virat Kohli’s cover drive or Babar Azam’s cover drive?’. Williamson, nodded his head multiple times because of the difficult nature of the question, but went ahead with Virat Kohli.

Comparisons between Babar and Virat have been a hot topic of discussion since Pakistan’s captain dethroned the Indian batting great atop the ODI and T20I batting rankings. Babar has recently broken numerous records across formats.

It is worth noting that the Lahore-born cricketer is currently the only player in the top three batters across all formats. He is also the leading run-scorer in 2022 across formats.

Babar Azam will captain Pakistan in the three-match Test series against England, which will begin on December 1 and will be played in Rawalpindi, Lahore, and Karachi, respectively.