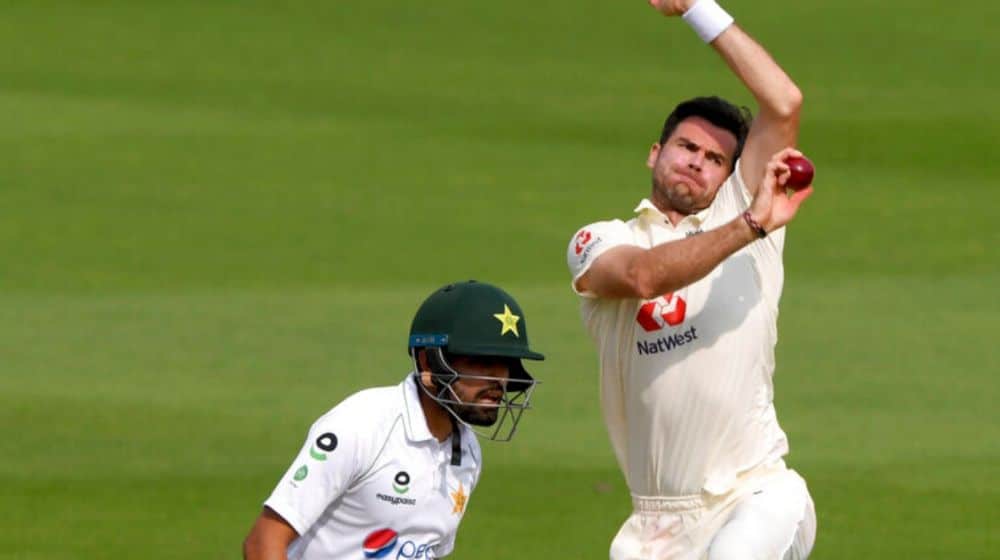 England’s seasoned pacer, James Anderson, has expressed his excitement for the upcoming three-match Test series against Pakistan, which is set to begin on December 1 at the Rawalpindi Cricket Stadium.

James Anderson went on to say that the team would be visiting Pakistan for the first time in nearly 17 years. “I think I’m probably the only player in this squad who has done a Test tour of Pakistan,” he said.

It is worth noting that the right-arm pacer was a member of the Marcus Trescothick-led Test squad that visited Pakistan in 2005, where the home team won the series 2-0.

While expressing his enthusiasm for the tour, Anderson said that he was confident that cricket fans and players in Pakistan would be equally ecstatic to see England and Pakistan play red-ball cricket.

It is pertinent to mention here that Pakistan has never lost a home Test series against England since 2000-01, winning all three, including a whitewash in the UAE in 2012.

England’s white-ball squad visited Pakistan earlier this year for a seven-match T20I series, which the visitors won 4-3. The first leg of the series was held in Karachi, with the second leg held in Lahore.