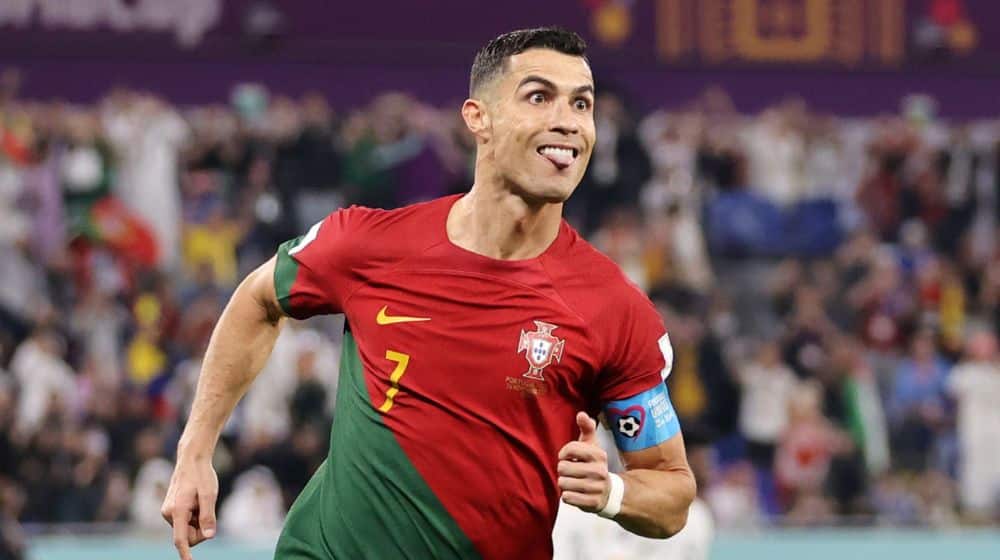 Portugal superstar, Cristiano Ronaldo, created history as he became the first player in the world to score in five FIFA World Cups. Ronaldo achieved the feat during Portugal’s encounter against Ghana last night as he scored the first goal of the match.

Ronaldo’s penalty kick in the 65th minute opened the floodgates as Portugal emerged victorious by 3-2 in a thrilling encounter at Stadium 974. Ghana almost snatched a draw late in the game but an unfortunate slip by striker Inaki Williams after he outwitted the Portuguese keeper broke Ghanaians’ hearts.

Ronaldo’s goal against Ghana was his eighth goal in FIFA World Cup history. While his goal-scoring record is not the greatest in the competition’s history, there is no other player in the world who has scored in as many World Cups.

Ronaldo, the highest scorer in international football history, scored his first goal in FIFA World Cups in 2006 as he scored against Iran in only his second match in the competition. His second goal in World Cups came against North Korea in 2010 as he scored the sixth goal in a 7-0 drubbing.

The 37-year-old scored his third goal in 2014 as he scored a late winner against Ghana. Ronaldo was at his best in the 2018 edition of the tournament as he scored a scintillating hattrick against Spain to rescue a well-earned point for his side.

Portugal’s captain will be looking to add to his tally in the upcoming matches as he aims to secure the country’s first FIFA World Cup trophy. Ronaldo will be seen in action in Portugal’s next match against Uruguay as both sides fight to seal a spot in the Round of 16.