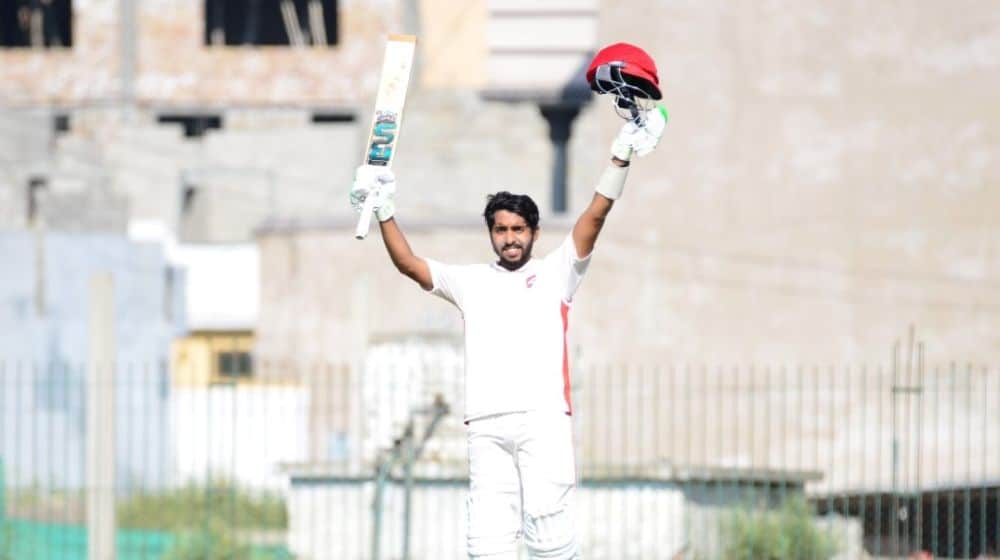 Pakistan, widely known for its unlimited factory of fast bowlers, has also produced some top batting talents throughout its cricket history. The likes of Zaheer Abbas, Hanif Mohammad, Majid Khan, Javed Miandad, Inzamam-ul-Haq, Mohammad Yousuf, and Younis Khan along with many others, all established themselves as some of the best batters in cricketing history.

Recently, Pakistan has had an influx of technically sound batters, at least in the longest format of the game who have the potential to etch their names in history as some of the best batters in cricket history. The likes of Babar Azam, Abdullah Shafique, and Imam-ul-Haq are revered in the cricketing fraternity for their exceptional record in international cricket.

While all three batters have established themselves as a mainstay in Pakistan’s batting unit, there is another batter who is knocking on the selectors’ door.

The young opener, Mohammad Huraira, has been one of the star performers in Pakistan’s domestic circuit over the past two seasons. Hurraira, rose to fame after he became the second-youngest triple-centurion, after Javed Miandad, in Pakistan’s first-class history.

Huraira’s incredible effort against Balochistan in the 2021 Quaid-e-Azam Trophy earned him plaudits from all around the world and the flamboyant batter has not looked back since then.

The 20-year-old finished as the highest run-scorer in the previous edition of the Quaid-e-Azam Trophy. He scored 986 runs at an average of 58.00 in 11 matches he played in the tournament. He scored 3 centuries, including a triple-century, and 5 half-centuries in what was his first domestic competition.

The Sialkot-born opener bagged a contract with Islamabad United in the previous edition of the Pakistan Super League (PSL) on the back of a sublime performance in the Quaid-e-Azam Trophy. While his T20 career has not kicked off as well as he would have expected, his displays in the longer formats kept on improving.

A year later, in the ongoing 2022 Quaid-e-Azam Trophy, Hurraira not only continued his rich vein of form but improved even further. Huraira is currently the highest scorer in the competition, and he likely will maintain his position at the top as the tournament comes to a conclusion in the next few days.

So far in the competition, Hurraira has scored 1,024 runs at an average of 73.14 and a healthy strike rate of 66.45 in 18 innings. With potentially one more innings to play in the tournament, Huraira will be looking to pile on more runs and help his side win the prestigious tournament.

Overall, Hurraira has played 21 first-class games in his short career. He has scored 1,789 runs at an average of 59.63 with 6 centuries and 7 half-centuries.

Hurraira looks set to represent Pakistan in the longest format of the game and it looks highly likely that we will see him in the national squad sooner rather than later.

Should Huraira be included in Pakistan’s next Test series against New Zealand? Write down your comments below!